Q1. How many boxes are there in the arrangement?
(a)Ten
(b)Eleven
(c) Fourteen
(d) Twelve
(e) None of these

Q5. How many boxes are there between Purple box and Green box?
(a)Ten
(b)Eight
(c) Seven
(d) Six
(e) None of these

Q8. Amongst U, V and W, who scored the highest number of runs in the series XYZ?
I. Total score made by U and W was more than V’s Score.
II. Number of total centuries and fifties made by V were higher than U and W both, in the series.

Q12. Building U is in which direction with respect to building Q?
(a) North-west
(b) North-east
(c) South
(d) None-of-these
(e) North

Q13. In which direction was Silva facing at instant he travelled three-fourth of his total journey?
(a) East
(b) West
(c) North East
(d) South East
(e) Cannot be determined

Q15. In which direction did Silva start his journey?
(a) West
(b) East
(c) North East
(d) Cannot be determined
(e) None of these 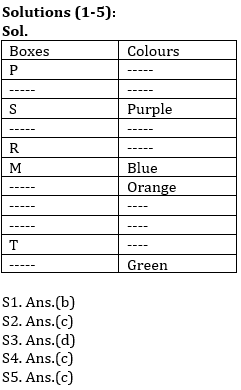 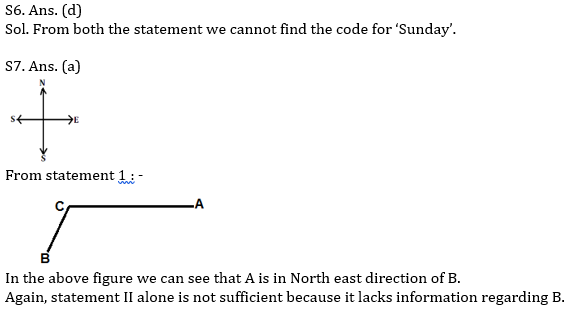 S8. Ans. (d)
Sol. We are not getting proper information from both the statements. 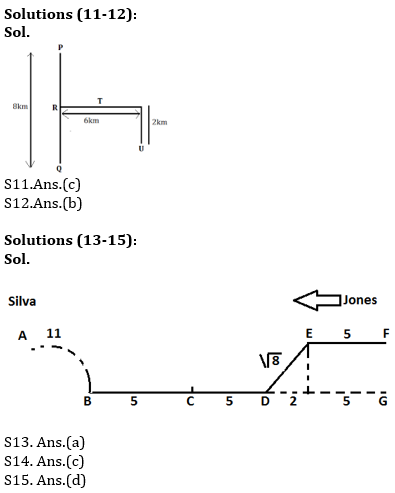