Q2. The one who goes on 25th February Play which of the following game?
(a) Tennis
(b) Golf
(c) Badminton
(d) Boxing
(e) None of these

Q3. Which of the following is true about U?
(a)25th -Badminton
(b) December-Swimming
(c) September- Shooting
(d)20th -Archery
(e) June- Tennis

Directions (6-10): Study the following information carefully to answer the given questions.

A word and number arrangement machine when given an input line of words and numbers rearranges them following a particular rule in each step. The following is an illustration of input and rearrangement.

And step V is the last step of the above input. As per the rules followed in the above step, find out the appropriate step for the given output. 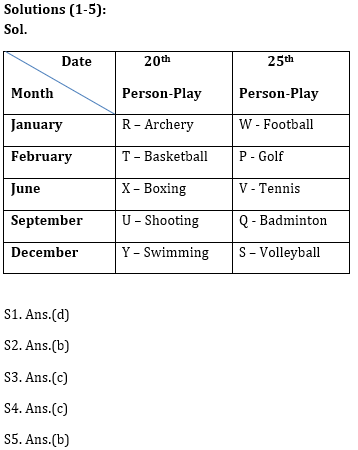 Solutions (6-10):
Sol. In this input output question two numbers are arranged in each step following a certain pattern.  Let us understand the logic behind it-

For Numbers: They are arranged in increasing order. The prime numbers are arranged first followed by composite numbers from left to right in left end. 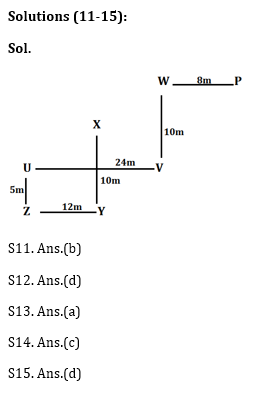