Q7. Pointing towards a girl in a Photograph Riya, who is a female said, “she is the only daughter of the son of my mother’s father’s only sister. How is Riya related to that girl?
(a) Paternal Aunt
(b) Daughter
(c) Cousin
(d) Maternal Aunt
(e) None of these

Directions (8-10): Study the following information carefully and answer the given questions:
M, N, O, P, Q, R, S, T and W are nine persons living in the same house. There are three married couple in the house. M is the only daughter of P, who is the paternal grandfather of T. R is the son of Q. T is the daughter of S. N is the mother of S. N is not married to P. O is the maternal grandfather of T. R is the father of T. T is sister of W.

Q11. Statements:
All Green are tea
All tea is coffee
Some tea are time
Conclusion:
I. Some time is Coffee
II. All Coffee can never be Tea
III. All green is time
(a) Only II is true
(b) Only III is true
(c) Both II and III is true
(d) Only I is true
(e) None of these 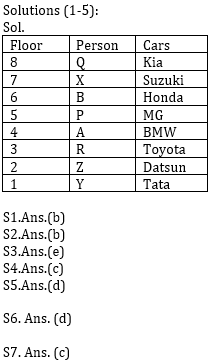 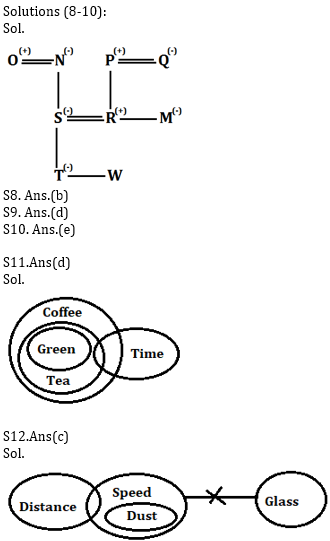 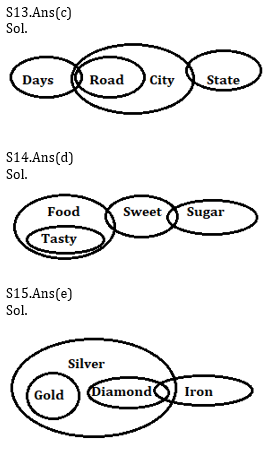