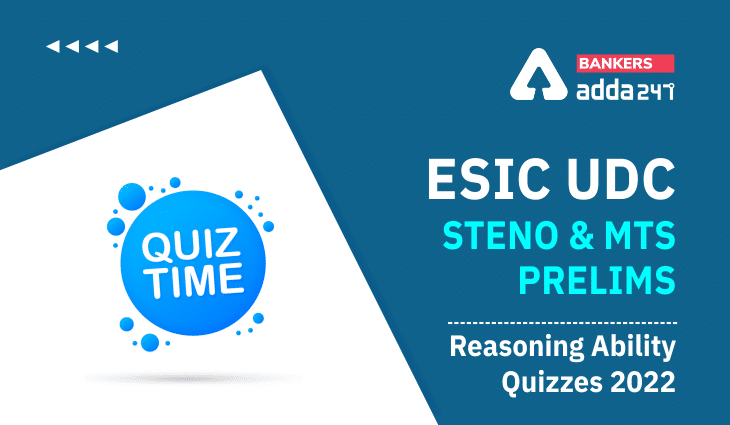 Directions (1-5): Study the following information carefully and answer the questions given below.
Nine employees i.e. Amit, Satyam, Dhvani, Fiza, Gauhar, Hina, Jiya, Kavita and Latika works in nine different companies i.e. HP, HCL, TCS, CTS, KD, Infy, LG, JP and AIS but not necessary in same order. Hina works in KD. Jiya does not work in JP and LG. Amit does not work in HCL and TCS. Dhvani works in CTS. Satyam does not work in JP. Gauhar works in infy. Fiza works in HP. The one who works in HCL, is not Jiya. Kavita works in AIS. Latika does not work in LG and HCL.

Directions (6-10): Study the following information carefully and answer the questions given below.

Eight people B, C, D, E, F, G, H and I are going to office on 9th and 22nd of the following months i.e. March, July, September and November in the same year. Only one people goes to office on one date. B goes to the office on the month of 30 days but not on the date which is multiple of 11. Two people have gone to office between B and H. Not more than one people go to office between H and G. G goes to the office in the month of 31 days. More than two people have gone between B and G. E has visited the office before G. Minimum four people visited between E and F. C goes just before D but not in different month. H and G do not visit the office in the same month. 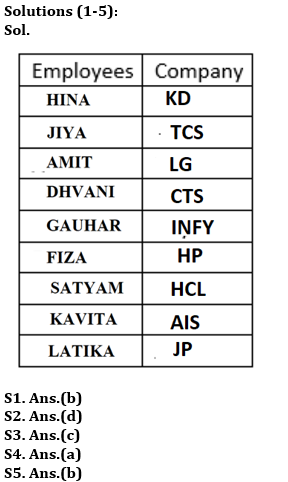 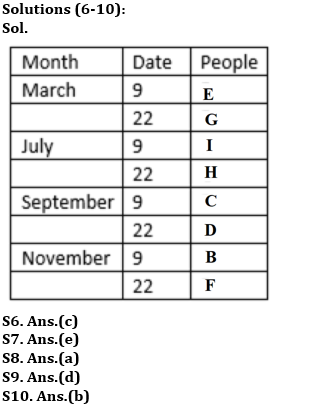