Directions (8-10): Study the following information carefully and answer the questions given below:

STEP I- The numbers which are immediately preceded by symbol and immediately followed by an alphabet are arranged in the end of the series in increasing order. (Arranged immediate after R)

STEP II- The numbers which are immediately preceded by an alphabet interchange their position with respect to the alphabet just before it.

STEP III-The alphabets which are immediately followed by a symbol are arranged in alphabetical order between K and F of step II.

Q9. How many numbers are immediately preceded and immediately followed by alphabets in step II?
(a) one
(b) two
(c) three
(d) four
(e) five

Directions (11-13): Study the following alphanumeric series carefully and answer the questions given below:

Q11. How many meaningful words can be formed from the letters of the words with in the words which are attached with the numbers in which At least one digit is even digit in the given alphanumeric series?
(a) one
(b) two
(c) three
(d) four
(e) More than five

Q13. If the words which are attached with the numbers in which at least one is odd digit are arranged according to the ascending orders of their numbers from left to right then which of the following is the 9th letter from the left end?
(a) H
(b) I
(c) E
(d) C
(e) More than five

Which of the following is not in line with the above statement?
(I) He said the royals were doing their duties “for the greater good of the people”.
(II) Harry, who recently said he had received counselling to cope with the death of his mother in a car crash in Paris, said: “My mother had just died, and I had to walk a long way behind her coffin, surrounded by thousands of people watching me while millions more did on television.
(III) He also paid tribute to his “remarkable” grandmother for letting the younger royals do things their own way.
(a)Only (I)
(b)Only (II)
(c)Only (III)
(d)Both (II) and (III)
(e) None of these

Which of the following could be the reason for dropping off of the sedition charges against the arrested men by the police.

(I) It was difficult to prove sedition charges against them.
(II) None of them has a criminal background.
(III) People charged with sedition have to surrender their passports, are not eligible for government jobs, must appear in court as and when required, and spend money on legal fees.
(a) Only (I)
(b) Only (II)
(c) Both (I) and (II)
(d) Both (II) and (III)
(e) None of these 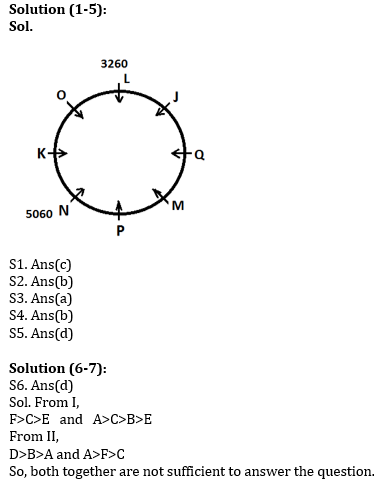 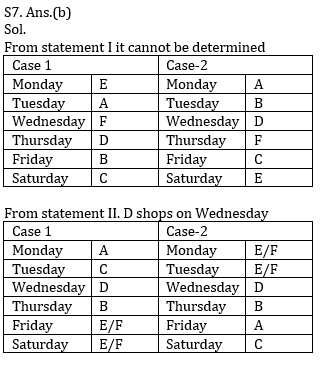 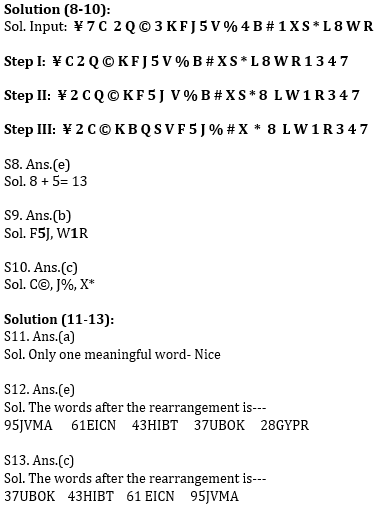 S14. Ans.(c)
Sol. Statement (I) suggests that royals are not kings or queens by choice but because they have to, for the welfare of the country which is in line with the statement. (II) fortifies the statement by stating out an example in which he had to face problems because of his royal background. (III) is irrelevant to the statement.

S15. Ans.(c)
Sol. Statement (I) and (II) are valid enough reason for dropping the charges against arrested men. Whereas statement (III) only gives some details about the severity of the sedition charges.