Q5. How many friends sit left to the one who is immediate neighbor of the one who likes White color?
(a) One
(b) Two
(c) Three
(d) Four
(e) Can’t be determine

Directions (6-10): Study the following information carefully to answer the given questions:
A number arrangement machine when given an input line of numbers rearranges them following a particular rule. The following is an illustration of input and rearrangement.

Step IV is the last step of the rearrangement. As per the rules followed in the above steps, find out in each of the following questions the appropriate steps for the given input. 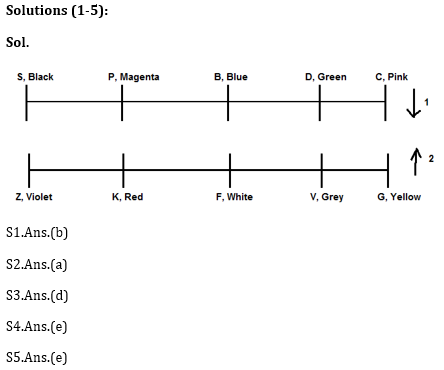 In the given Input-Output question the logic is—

For step I- All the digits of the given numbers are arranged in ascending order within the numbers.

For Step II- All the numbers obtained in step I are arranged in ascending order from the left end.

For Step III- First and last digits of the numbers are omitted.

For step IV- The digits of the numbers obtained in step III are added. 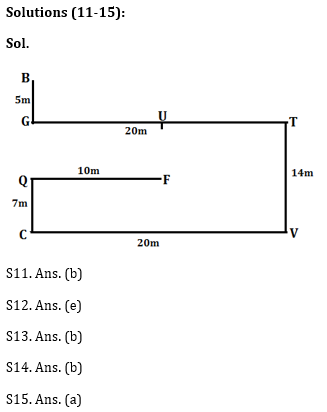