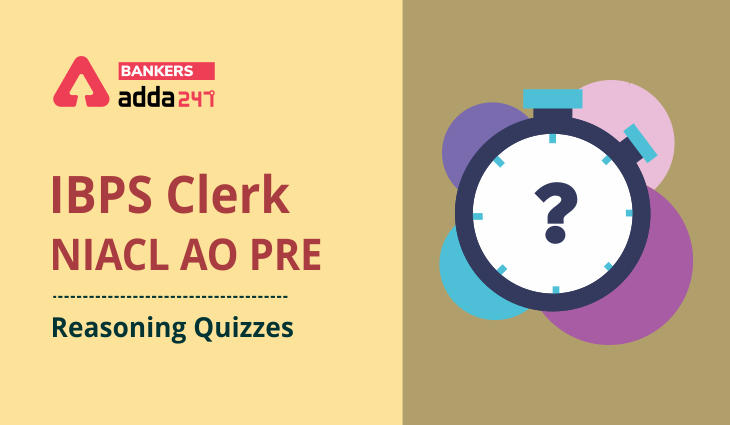 Directions (1-5): Read the given information carefully and answer the questions:
Six boxes M, N, O, P, Q, and S are placed one above another, also they are of different weights (in kg.) i.e. 24, 25, 36, 37, 43, and 81(but not necessarily in the same order). Box P’s weight is not a lowest among all the boxes. M is placed either top or bottom. The weight of the box which is placed at bottom is 25kg. Only one box is placed between P and S. Box Q is not placed just above and below P. Box O is placed below Q but not just below Q. The weight of the box which is placed just above N is a perfect square of an odd number. Box O’s weight is a prime number. Box N is not placed above M, whose weight is not a perfect square. Only 2 boxes are placed between M and P, whose weight is a prime number. Box P is not third heaviest box.

Directions (9-10): Study the following information carefully and answer the given questions:
In a family of five members, there are two married couples in the family. A is father in law of X, who is married with W. Z is the son of W. D who is a married woman has only one daughter.

Q11. How many such symbols are there in the above arrangement each of which is immediately preceded by a vowel and also immediately followed by a number?
(a) None
(b) One
(c) Two
(d) Three
(e) Four

Q14. How many such numbers are there in the above arrangement, each of which is immediately followed by a symbol and also immediately preceded by a consonant?
(a) None
(b) One
(c) Two
(d) Three
(e) More than three 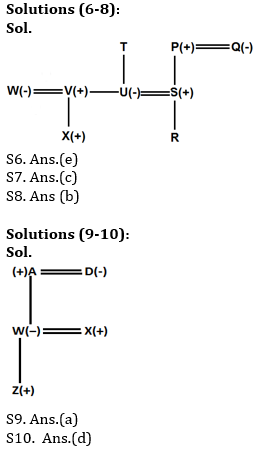