Directions (1-5): Study the following information carefully and answer the questions given below:
Seven persons were born in the same year but different months January to July. They like different types of movies- Horror, Comedy and Action. Atleast two but not more than three persons like same type of movie. A is older than C and likes comedy movie. Only two persons born in between G and D who was born in the month have odd number of days. E does not like comedy movie. B was born in May and is younger than C. The one who was born in April likes Action movie. F is older than D who does not like Action movie. Only three persons were born in between E and F both of them likes same type of movie but not action movie. F is neither second oldest person nor like Action movie. B and D like same type of movie.

Q7. Which of the following is the third letter from the right end of the meaningful word formed from the second, third, sixth and seventh letters of the word “DECLARATION’? If more than one word is formed your answer will be Z?
(a) C
(b) E
(c) A
(d) Z
(e) R

Q8. The position of how many alphabets will remain unchanged if each of the alphabets in the word ‘INTERACTIVE’ is arranged in alphabetical order from left to right?
(a) None
(b) Two
(c) One
(d) Three
(e) Four

Directions (10-12): Read the following information carefully and answer the given questions.
D, L, N, X, W and V are six friends. Each of them has different weight. L is heavier than only N. W is lighter than only two people. V is not the heaviest. The difference between the weight of third lightest and the lightest person is 12kg. D is heavier than W but is not the heaviest. The weight of V is 70 kg.

Q15. If all the letters in the word “Reasonable” are arranged in alphabetical order from left to right in such a way that all vowels are arranged first followed by consonants, then how many letters are there in between O and S after the arrangement?
(a) Two
(b) One
(c) None
(d) Three
(e) Four 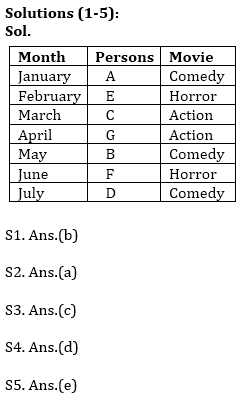 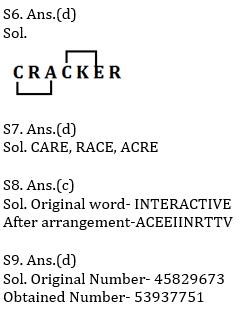 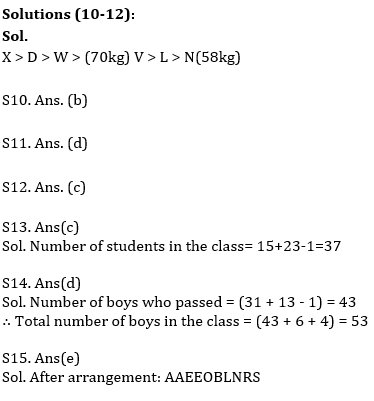