Q1. How many such numerals are there in the number ‘4185476429’ which will remain at the same position when arranged in ascending order from left to right?
(a) None
(b) Three
(c) More than three
(d) Two
(e) None of these

Q2. Statements: Only a few Bubbles are Soap. All Soap are Margo. Some Neem are not Margo.
Conclusions: I. Some Bubbles are not Neem.
II. Some Soap are not Bubbles.

Q3. Statements: All Ship are Jeep. All Jeep are Bike. Some Car are Bike.
Conclusions: I. Some Ship can be Car.
II. All Car are Bike.

Q4. Statements: Some Egg are Roll. Some Roll are not Paratha.
Conclusions: I. All Egg can never be Paratha.
II. Some Paratha are not Roll.

Q5. Statements: All Noun are Pronoun. Some Pronoun are Verb. Some Verb are Tense.
Conclusions: I. Some Noun can be Verb.
II. Some Tense being Pronoun is a possibility.

Q6. In the five family members – A is the Father of B’s sister. E is the paternal grandmother of D. B is the only son of C. Find the relation of D with respect to A?
(a) Sister
(b) Daughter
(c) Daughter in law
(d) Mother
(e) None of these

Directions (7-11): Study the following information carefully and answer the questions given below:
Six persons are sitting in a row Some of them are facing to the north while rest are facing to South. P sits 3rd to the left of B and both does not sit at the extreme ends. The persons who sit at the extreme ends are facing opposite direction. There are two persons sit between X and T. X does not sit near to B. R sits 3rd to the right of Y, who is an immediate neighbor of B. R faces to the north. Y faces opposite direction with respect to R. Both P and T are facing in the same direction as R. 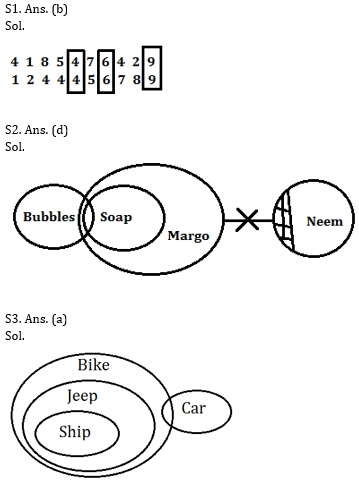 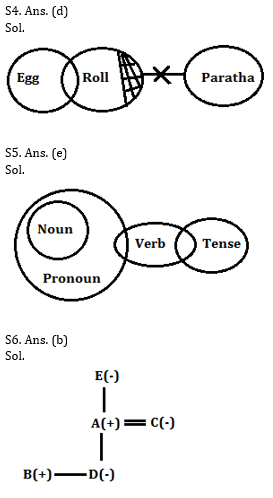 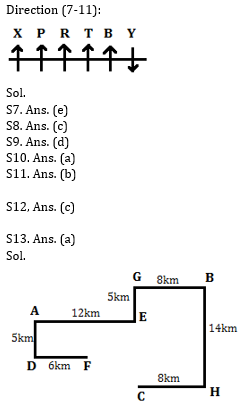 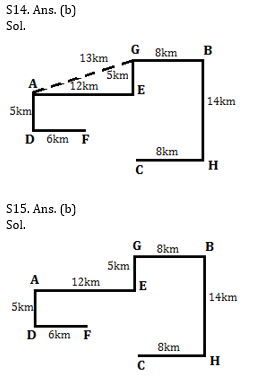