Q11. India and the UAE have discussed measures to deepen cooperation in a range of areas including defense, security, terrorism and trade as the two countries held the second round of their strategic dialogue in Abu Dhabi.
Which among the following is not-in-line with given statement?
(I)The Indian delegation at the talks held yesterday was led by Minister of State for External Affairs M J Akbar while the UAE side was headed by its Minister of State for Foreign Affairs Anwar Gargash.
(II)India ships wheat to Afghanistan via Chabahar. India on Sunday began shipment of wheat to Afghanistan through the Iranian port of Chabahar.
(III)The UAE has raised its investment profile in India, and cooperation has increased on security issues, the statement said.
(a)Only I
(b)Both II and III
(c)Both I and III
(d)Only II
(e)None of these

Direction (13-15): Study the following information carefully and answer the questions given below:
First 12 even natural numbers are written from top to Bottom. The letters of word “BROKEN” are written in the same order against each multiple of 4 (one letter against one number) from top to bottom. There are two even natural numbers between B and S. No letters are between E and Z. The number of letters between T and S is same as between P and S. Letter K is above the letter P.

Q14. If it is possible to make only one meaningful word with the 2nd , 8th, 18th, and 20th position letters ,then what would be the third letter of the meaningful word thus formed from the right end? If more than one such word can be formed give ‘Y’ as the answer. If no such word can be formed, give ‘Z’ as your answer.
(a) Y
(b) E
(c) P
(d) Z
(e) T 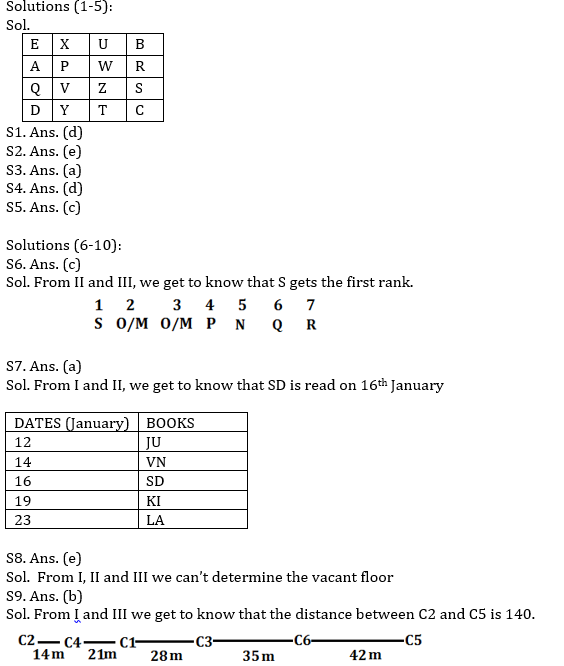 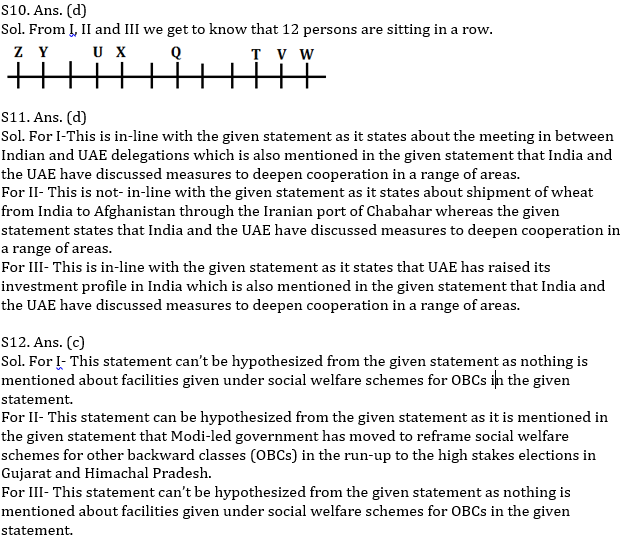 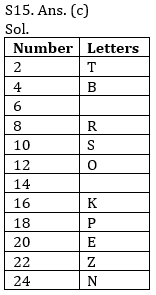