Q6. Statement- Pakistan on Thursday alleged that Indian security forces are using “ammunition which contains chemical agents” in Jammu and Kashmir, reported Pakistani media.
Which of the following negates the above statement?
(i) The report came from the local media channel which is known to be biased against Indian Army.
(ii) Dead bodies of Kashmiri youth were found in the debris of five houses with nose masks on their heads.
(iii) Indian Army is always known to use water cannon against the stone palters.
(a) Only (i)
(b) Only (ii)
(c) Only (ii) and (iii)
(d) Only (iii)
(e) None of these

Q7. Statement:- India’s foreign ministry has denied reports that China had “cancelled” a meeting between President Xi Jinping and Prime Minister Narendra Modi on the sidelines of the G20 summit in Hamburg.
Which of the following abrogates the above statement?
(i) Spokesman Gopal Baglay told reporters that a meeting with Mr Xi had never been on Mr. Modi’s agenda.
(ii) Last meeting between Mr. Xi and Mr. Modi was very fruitful to both countries.
(iii) Troops have been facing extreme temperatures along one stretch of India and China’s shared border along the Himalayas.
(a) Only (i)
(b) Only (ii)
(c) Only (ii) and (iii)
(d) Only (i) and (iii)
(e) None of these

Q8. Statement-The lynching of a police officer DSP Ayub Pandith outside the Jama Masjid in downtown Srinagar on Friday triggered widespread condemnation. Srinagar’s Deputy Superintendent of Police (DSP) Ayyub Pandith was lynched by an irate mob after he allegedly opened fire at a group of people who caught him clicking pictures near a mosque in downtown area of Srinagar.
Which of the course of action should be followed?
(I)Police and security guards should run away after they found the mob too large to be handled.
(II)The authorities should restrict the movement of people in particular areas of the city as a precautionary measure.
(III)It should be announced to maintain law and order and some kind of action plan should be prepared to stop all these mis happenings.
(a)Only II
(b)Only III and I
(c)Only II and III
(d)Only I and II
(e)None of the above 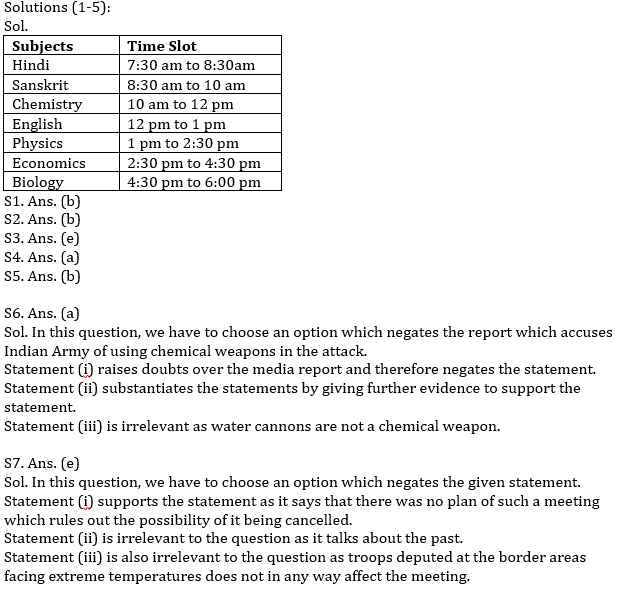 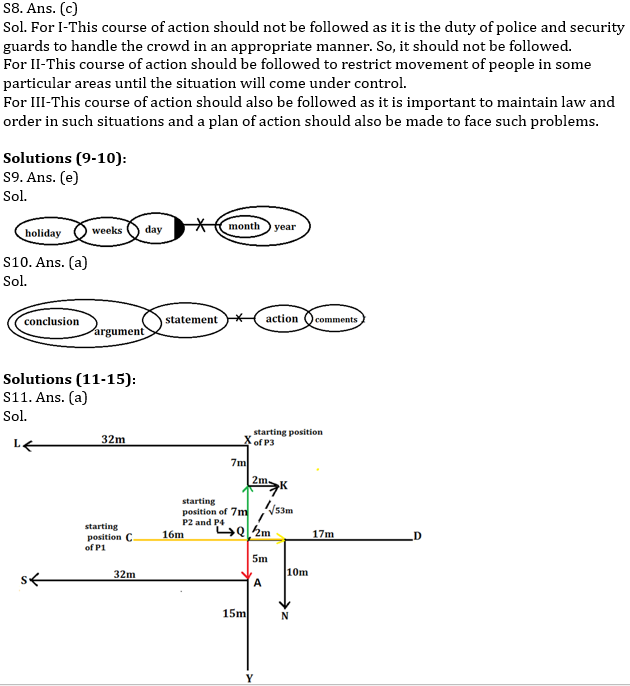 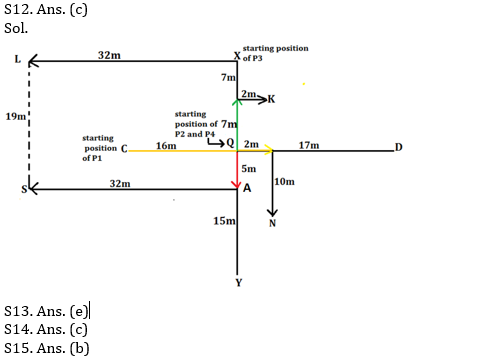