Q4. Who among the following donates highest amount to the orphanage?
(a) The one lives in Surat
(b) T
(c) The one who lives in Indore
(d) V
(e) None of these

Q5. The one who donates second lowest amount lives in which of the following City?
(a) Delhi
(b) Nasik
(c) Udaipur
(d) Chennai
(e) None of these 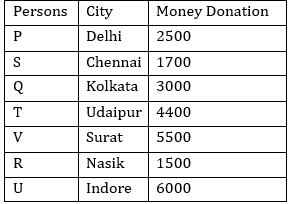 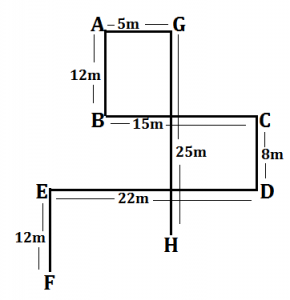 S13. Ans.(b)
Sol. Only Assumption II is implicit because it indicates the rectification of the unresolved consumer disputes in speedy way.