Q6. In a certain code, SPECTACLE is written as XVKHGVOXZ. How is ENSCONCED written in the code?
(a) XMHVLWVXM
(b) XHMVOWVXM
(c) XHMVLWVXM
(d) HXMVLWVXM
(e) None of these

Directions (7-8): Study the following information carefully and answer the questions given below:
In a certain code language:
‘crime voter focus’ is written as ‘N9 V20 F3’,
‘height wider result’ is written as ‘S7 V4 O21’,
‘Short tensile reverse’ is written as ‘I15 O9 H18’

Q9. Statement: “To keep myself up-to-date, I always listen to 9.00 p.m. news on radio.” —A candidate tells the interview board.
Assumptions:
I. The candidate does not read newspaper.
II. Recent news are broadcast only on radio.

Q10. Statement: The office building needs repairing just as urgently as it needs internal as well as external painting.
Assumptions:
I. Efficiency of people working in the office cannot be improved unless office building is repaired.
II. Repairing and painting of office building require funds. 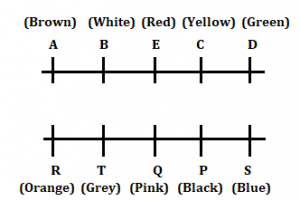 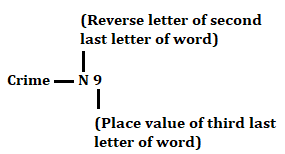 Solutions (9-10):
S9. Ans.(d)
Sol. The candidate listens to news on the radio does not mean that he does not read newspaper or that radio is the only source of recent news. So, neither I nor II is implicit.

S10. Ans.(d)
Sol. Clearly, nothing can be deduced regarding the effect of repairs of office building on efficiency of workers, or the requirement of funds for repairs, from the given statement. So, neither I nor II is implicit. 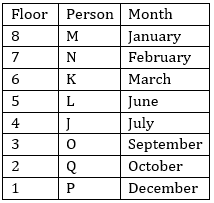