Directions (1-5): Study the information carefully and answer the questions given below.
Seven persons- P, Q, R, S, T, U and V live at seven different floor of the building Such as ground floor is number one and top floor is seven.
More than four persons live between U and V. One person live between U and S. Equal number of persons live below or above P. T is not live just below or just above the floor of S. T lives above R, who live above V.

Q9. What is the direction of point Y with respect to his initial point?
(a) South-east
(b) West
(c) East
(d) North-west
(e) None of these

Q12. If all the numbers are arranged in ascending order from left to right then, which of the following will be the sum of all the three digits of the number which is 4nd from the right in the new arrangement?
(a) 10
(b) 19
(c) 8
(d) 16
(e) None of these

Q15. If one is added to the second digit of each of the numbers and one is subtracted to the third digit of each number then, how many numbers thus formed will be divisible by three in new arrangement?
(a) None
(b) Four
(c) Two
(d) Three
(e) One 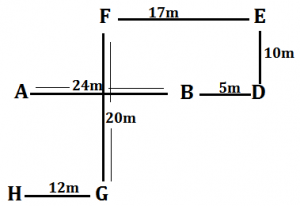 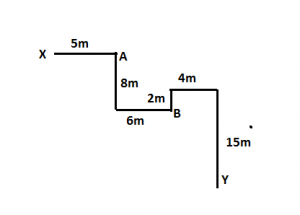