Q7. If Rohit walks 4 m east from point E, then he is in which direction with respect to point B?
(a) South
(b) North-west
(c) North-east
(d) North
(e) South-west

Q10. In a certain code, ROOMMATE is written as NPPSFUBN. How is SCRABBLE written in the code?
(a) TDSBCCFM
(b) FMCCBSDT
(c) BSDTFMCC
(d) BSDZFMCC
(e) None of these

Directions (11-15): In number arrangement machine when given an input line of numbers, it rearranges them following a particular rule in each step. The following is an illustration of input and rearrangement. 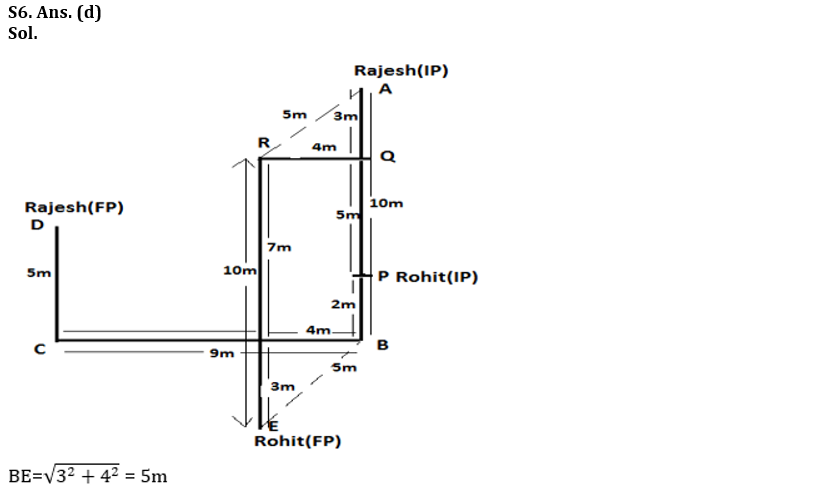 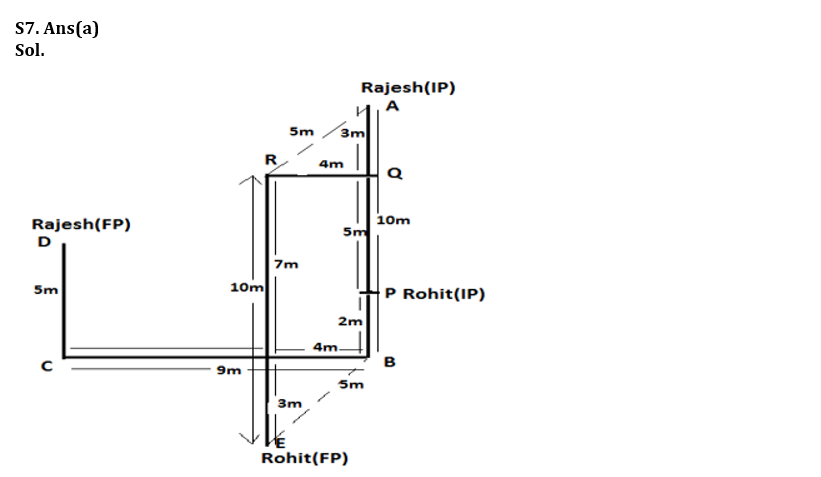 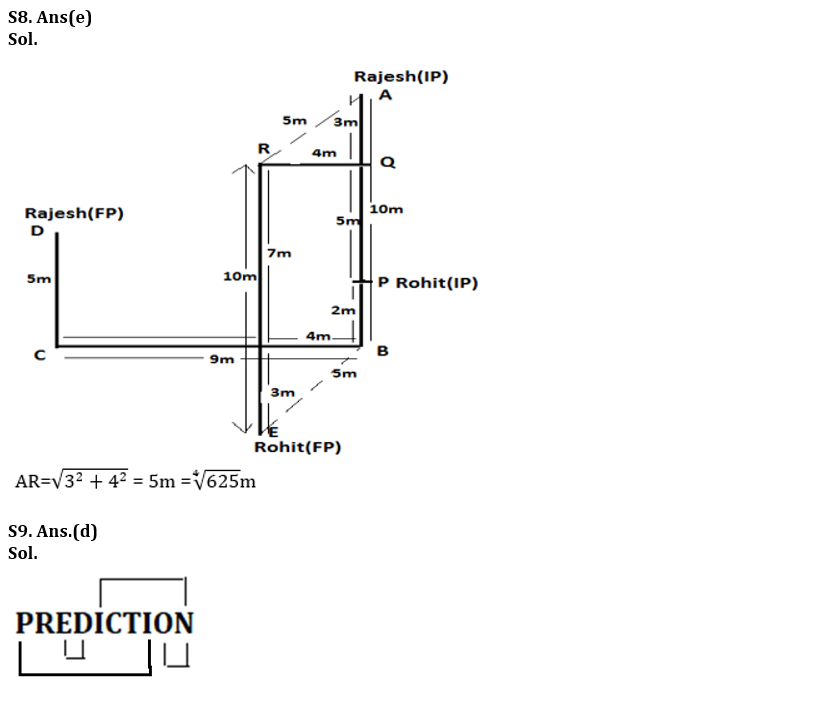 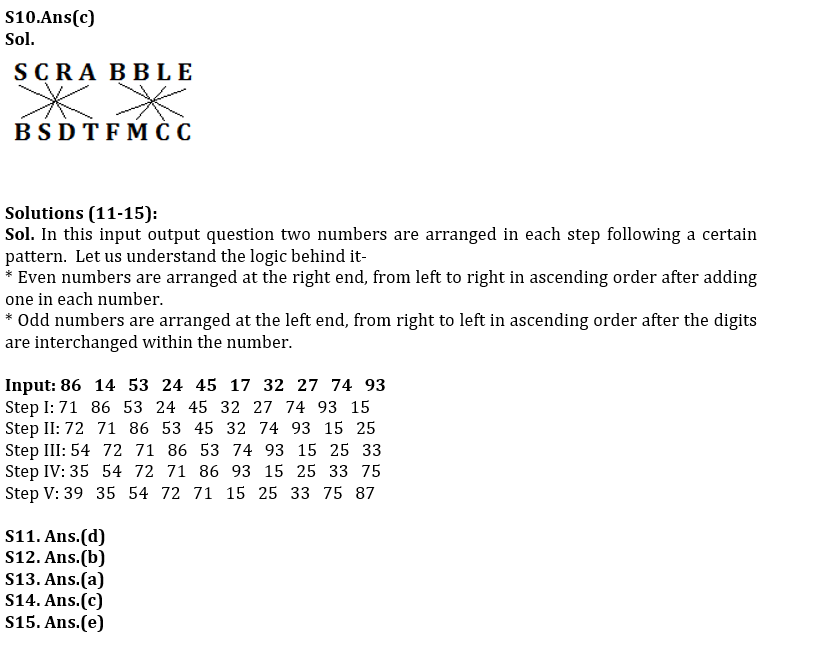