Q2. How many persons were born between Kishan and Swati?
(a) Three
(b) Four
(c) Two
(d) Six
(e) Cannot be determined

Q4. Four of the following five are alike in a certain way based on a group, which among the following does not belong to that group?
(a) Aayush
(b) Gopi
(c) Kumar
(d) Pranav
(e) Puja

Q7. Statements:
No rabbit are Dog.
Some Dogs are Rat.
Only a few rabbit are cat.
Conclusions:
I. Some cat are not rat.
II. Some rabbit are rat.
III. All cat are rat.
(a) Only I follows
(b) Only II and III follow
(c) Either I or III follow
(d) Only II follow
(e) None of these

Q10. How many such pairs of letters are there in the word EXPANSION each of which has as many letters between them as in the English alphabet?
(a) One
(b) Four
(c) Two
(d) Three
(e) More than four 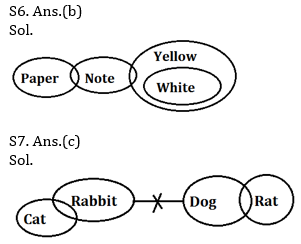