Directions (1-5): Study the following information carefully and answer the questions given below-
Eight persons P, Q, R, S, T, U, V and W live on a separate floor each of an eight-floor building but not necessarily in the same order. The ground floor is numbered 1 and so on until the topmost floor is numbered 8.
U lives in an odd numbered floor. Four persons live between T and S who lives one of the floors below the floor on which U lives but not immediate below. R lives on the floor numbered which is multiple of 2 but not on 6th floor. V lives on an even numbered floor. More than two persons live between V and S. Q lives immediate above the floor on which W lives. R does not live below U. P lives on an odd numbered floor below T.

Q10. How many odd numbers are there in the given series which are immediately followed by a perfect square digit?
(a) One
(b) None
(c) Three
(d) Five
(e) Seven 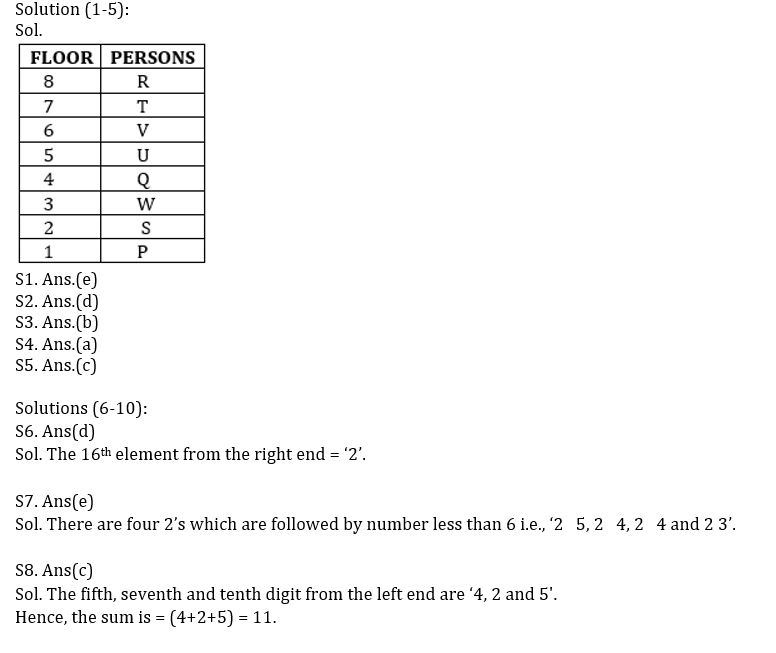 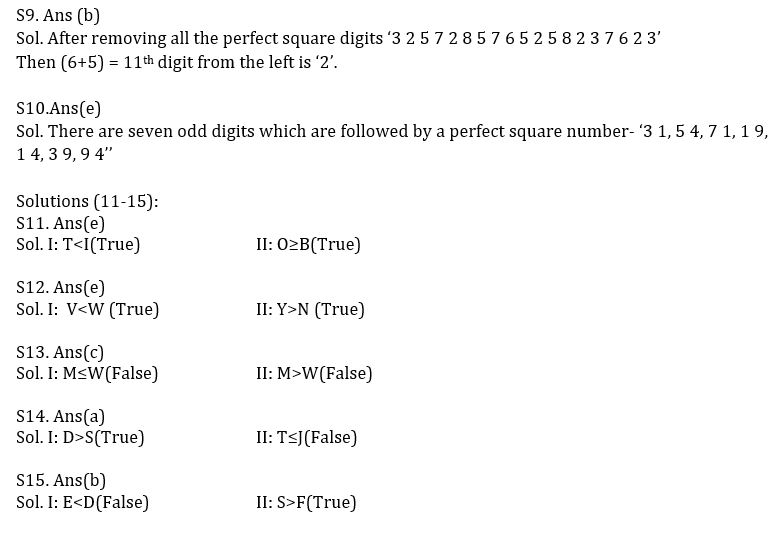