Q14. Statements:
Some apple are Papaya
No apple is Mango
All Mango is litchi
Conclusion:
I: Some papaya are not Mango
II: Some litchi are mango

Q15. Statements:
All Box are Bottle
All Bottle are cards
Some cards are mobile
Conclusion:
I: Some mobile are Bottle
II: All cards are bottle 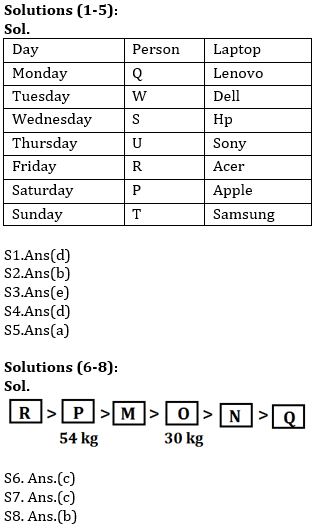 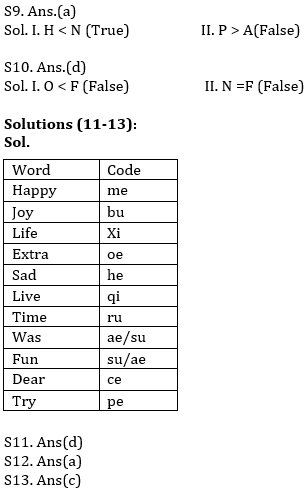 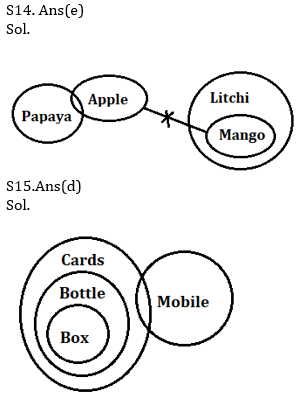