Directions (1-5): Study the following information to answer the given questions:
Eleven persons A, B, C, D, E, F, G, H, I, J, K are sitting in such a way that some are facing North and some of them are facing south. Not more than two consecutive persons face same direction. No two persons sit adjacent to each other according to the English alphabet (i.e. B does not sit adjacent to A and C and so on).
D sits 2nd from one of the ends and faces south. Four persons sit between D and J. Persons at both the ends face same direction as C, who is sitting exactly in the middle of the row. Number of the persons sitting to the right of C is one more than those sitting right of J. Both C and J face opposite direction. Two persons sit between J and K, who faces same direction as C. E and H are neighbors of each other. Both G and I are immediate right to each other, one of them is next to C. Four persons sit between E and G. Immediate neighbors of D face same direction. A is not neighbor of D. Not more than four persons face south.

Directions (6-8): Study the following information carefully and answer the given questions:
A, B, C, D, Q, R, S, T and W are nine persons living in the same house. There are three married couple in the house. A is the only daughter of D, who is the paternal grandfather of T. R is the son of Q. T is the daughter of S. B is the mother of S. B is not married to D. C is the maternal grandfather of T. R is the father of T. T is sister of W.

Directions (9-10): Study the following information carefully and answer the questions given below:
In a family of eight people, there is three generations and two couples. R is brother of Z, who is the grandchild of X. X is married to P. L is the father of Z. P is father in law of U. L is brother of Y and K. K is aunt of Z.

Q11. Statements:
Only a few thread are figure.
No disc is figure.
No thread is knot.
Conclusions:
I. All disc are thread is a possibility.
II. Some figure are not knot.
(a) Only I follows
(b) Both I and II follow
(c) Only II follows
(d) None follows
(e) None of these

Q12. Statements:
No crown is bell.
Some bell are pate.
Only crown are statue
Conclusions:
I. All pate can be statue.
II. All pate is crown is a possibility
(a) Only I follows
(b) Both I and II follow
(c) Only II follows
(d) Either I or II follows
(e) None follows

Q13. Statements:
All garbage are junk.
No junk is mail.
All junk are spam.
Conclusions:
I. Some garbage is mail.
II. All mail can be spam.
(a) Only II follows
(b) Both I and II follow
(c) Only I follows
(d) Either I or II follows
(e) None follows

Q14. Statements:
All statue are tiles.
Only a few marble are clay.
All tiles are marble.
Conclusions:
I. Some clays are tile.
II. All Clays are statue is a possibility.
(a) Only I follows
(b) None follows
(c) Both I and II follow
(d) Only II follows
(e) None of these 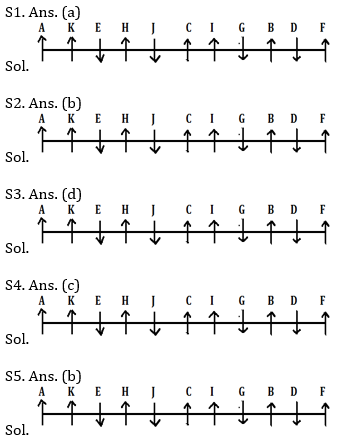 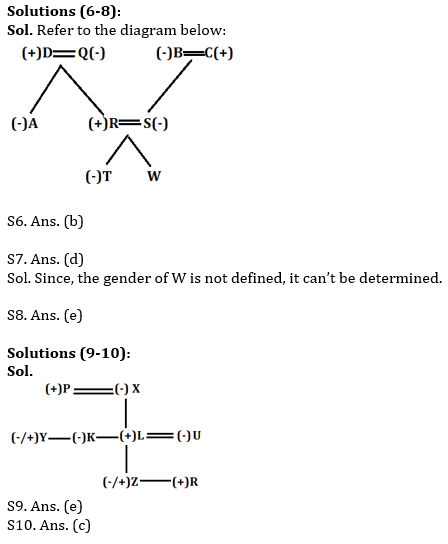 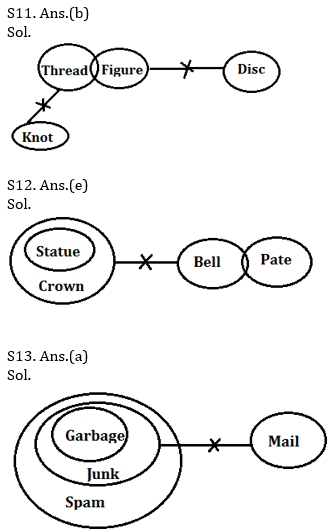 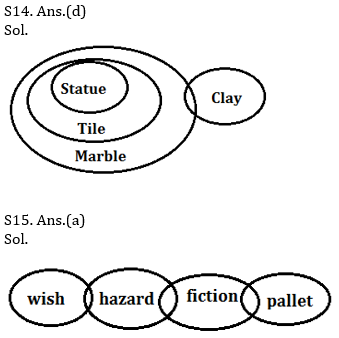