Q6. How many persons were born between the immediate neighbours of I?
(a) Five
(b) Two
(c) Three
(d) None
(e) More than five

Q9. Which of the following group represents those persons facing away from the centre?
(a) IKN
(b) KNL
(c) IJK
(d) LMN
(e) None of these

Directions (11-15): Study the information carefully and answer the questions given below.
Six boxes P, Q, R, S, T and U are placed on a shelf one above another from bottom to top only one box is placed on a shelf. All the boxes contain different fruits viz. Mango, Papaya, Apple, Guava, Banana and Grapes. All the given information is not necessary in the same order. There are two boxes placed between the Box S and T which contain guava fruit. There is only one box placed between the box which contain guava and the box which contain Grapes. Box of banana is just above the box of apple which is above T. There is one box placed between the box Q and box R. P does not contain mango. U is placed above box Q and neither of them contain mango. R placed immediately above P which does not contain apple and grapes.

Q14. Four of the following five are alike in a certain way so form a group, find the one which does not belong to that group?
(a) U-Banana
(b) S-mango
(c) R-Grapes
(d) P-Guava
(e) Q-Apple 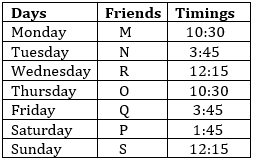 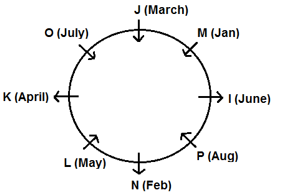