Q1. How many boxes are placed in between Box D and the box which contain fries?
(a) Two
(b) One
(c) More than three
(d) Three
(e) None

Q9. Among A, B, C, D and E, each having scored different marks, B has scored more marks than E and D. B has not scored the highest marks among them. Who among them scored the second-highest marks?
(a) B
(b) C
(c) E
(d) D
(e) Data inadequate

Q11. The position of how many alphabets will remain unchanged if each of the alphabets in the word ‘SUBSCRIBE’ is arranged in alphabetical order from left to right?
(a) None
(b) One
(c) Two
(d) Three
(e) More than Three 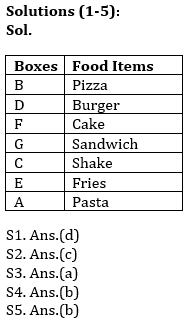 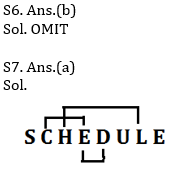 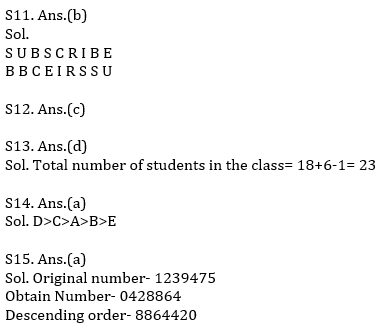