Direction (1-5): Study the following information carefully and answer the questions given below:
Eight persons are sitting in a linear row and all of them face in the north direction. All of them have been tested for covid19. Four of them were positive and four were negative. Note: If two persons have same result it means either both of them are positive or both of them are negative. If two persons have different results, then one of them is positive and the other is negative.
Only two persons sit between P and U who was found negative. S sits second to the right of U. R is an immediate neighbor of S. Only two persons sit between R and W who sits at one of the extreme ends of the row. Persons who sit at the extreme end of the row are positive. T sits fourth to the left of V. Both the immediate neighbors of U have same result. Q and S have the same result. S and P have different result.

Q4. Which of the following statement is true?
(a)R sits immediate left of V
(b)Only one person sits to the left of T
(c)P is found positive
(d)U and W have the same result.
(e)None is true

Q7. If Point Z is exactly in between E and F then, D is in which direction with respect to Z?
(a) North
(b) South
(c) South-east
(d) South-west
(e) None of these

Direction (11-12): Study the following information carefully and answer the given questions.
There are six members in three generation family i.e. A, F, D, B, C, and G. Among them two married couple and only two males. G is mother in law of B. A, who is unmarried, and F are siblings. B’s husband has only one child. D is father of F.

Q13. Pointing to a lady, Sumit says to his only son, “She is daughter in law of my mother’s daughter in law”. Sumit is the only Child of his parents. How is the lady related to Sumit?
(a) Sister
(b) Brother
(c) Daughter-in-law
(d) Wife
(e) Daughter

Q14. Showing a man on the stage, Lady said, “He is the only child of the person who is grandfather of my son. How is the man on stage related to lady?
(a) Husband
(b) Brother in law
(c) Brother
(d) Sister
(e) Nephew

Q15. A man says to a lady, “Your mother is the mother in law of my mother’s only child.” How is the lady related to the man?
(a) Sister-in-law
(b) Aunt
(c) Daughter
(d) Wife
(e) Granddaughter 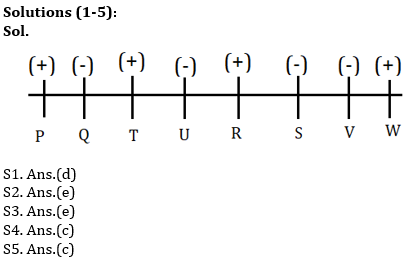 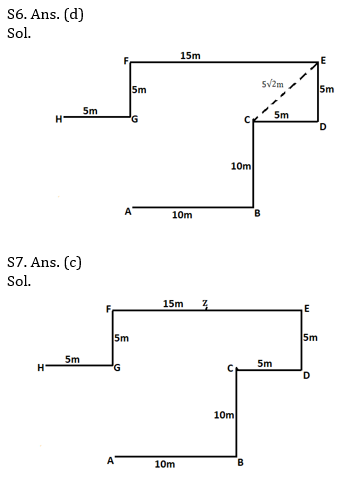 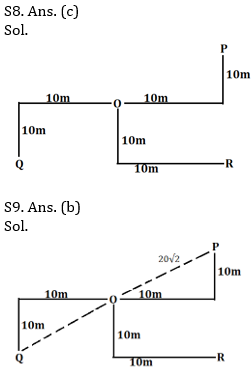 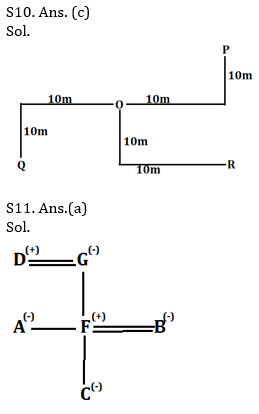 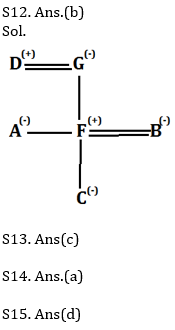