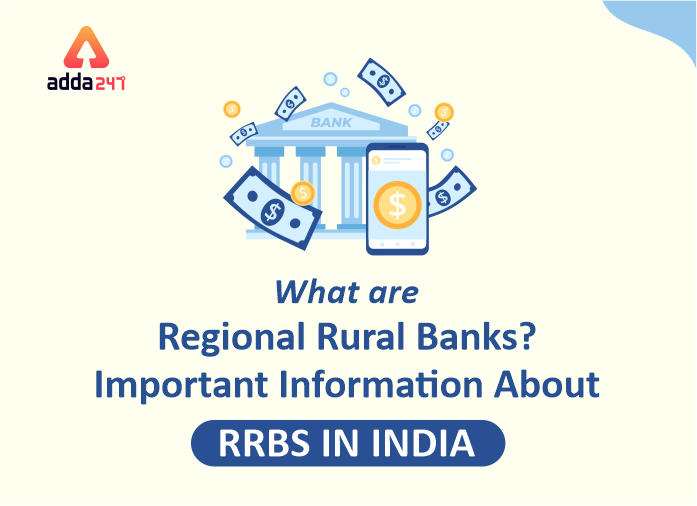 Regional Rural Banks or RRBs are government banks operating at regional level in different states of India. These are designed to cater the needs of the rural area people. Regional Rural Banks commercial banks which helps to bring the financial inclusion in the primary level of the nation. Currently there are 43 RRBs in India and each RRB is sponsored by Government of India along with State Government and Sponsor bank. But why do we need them specifically for the rural areas? and How they are helping in building the economy of our nation? We will read all the important points related to this in this article. Make sure you real it well to grasp it as it will be very beneficial for you in RRB PO interview and main examination as well.

Regional Rural Banks (RRBs) were set up under the provisions of 26 September 1975 ordinance and the RRB Act of 1976 to allocate banking and credit services for agriculture and other rural sectors. They were established on the recommendation of Narshimham Working Group. That time, almost 70% of India’s population was based on rural region.

Presently, there are total 45 RRBs in India.

RRBs were created with the following objective in mind:

The structure of RRBs differs from one RRB to the other RRB depanding on the size and nature of the RRB. The following is the hierarchy of officials in a Regional Rural Bank.

Currently, Regional Rural Bank are going through a process of amalgamation and consolidation. We have a list of number of RRBs

Number of RRBs from the initial date

Regional Rural Banks are regulated by RBI and supervised by National Bank for Agriculture and Rural Development (NABARD). All the states have RRBs in India now except Sikkim and Goa.

Q. How many Regional Rural Banks are there?

Ans. Currently there are 43 RRBs in India.

Q. Who is the parents organization of these Regional Rural Banks?

Ans. NABARD is the parent organization of these Regional Rural Banks.

Q. What is ratio of sponsorship in a RRB?

Ans. The ratio of sponsorship in a RRB is Government 50%, State Government 15% and sponsor bank 35%.

Q. On whose recommendation RRBs were set up?

Ans. RRBs were set up on the recommendations of The Narshimham committee Working Group.