SBI has released SBI Clerk Notification 2020 to recruit 8000+ candidates for the post of Junior Associate. As per the official notification, SBI Prelims Exam is to be held in the month of February and March. We will provide you daily reasoning quizzes and a study plan to enhance your preparation. Today’s quiz based on- Puzzles and Number Series.

Directions (11-15): Study the following information carefully and answer the question given below:
Eight friends are sitting around a square table in such a way that four of them sit at four corners of the square while the other four sits in the middle of each sides. The ones who sit at the four corners face inside while those who sit in the middle of the sides face outside.
A sits third to the right of D. B sits second to the left of the one, who sits opposite to S. Q sits immediate left of the one, who sits immediate right of R. A sits opposite to R. P sits opposite to B. C does not sits at the middle of the side. 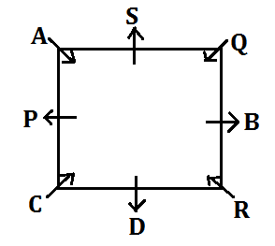