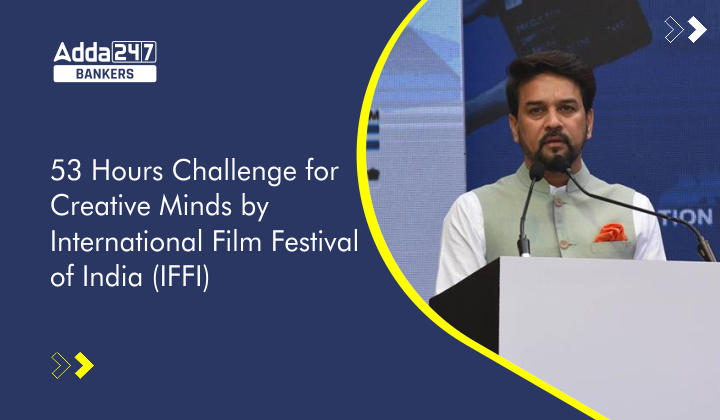 What is the purpose of 53-Hour Challenge?

The competition will challenge the 75 ‘Creative Minds’ to produce a short film on their idea of India@100, all in 53 hours.

53 hour challenge is powered by which organisation?

This segment of IFFI 53 is powered by National Film Development Corporation (NFDC) in collaboration with Shorts TV.

Winner : The winners were Team Purple whose film, Dear Diary, depicted the story of a woman confronting her past trauma when she meets with her sister, who wants to visit the same event where her abuse took place. The winning team was awarded a cheque for Rs 2,25,000 by the jury