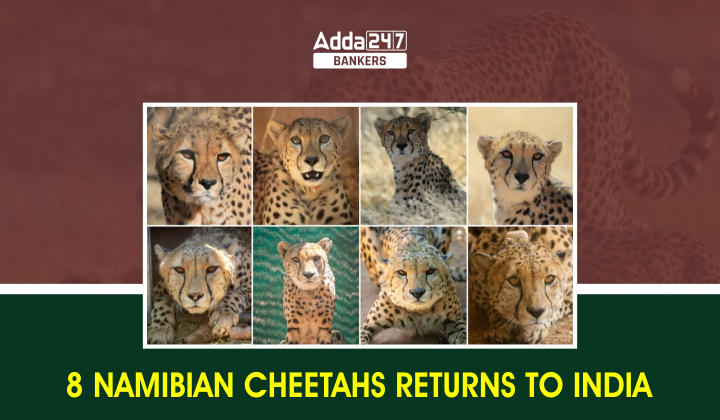 8 Namibian Cheetahs Return to Indian Soil After 70 years: The cheetahs have returned to India, where they had been extinct domestically for more than 70 years. Prime Minister Modi hailed the cheetahs’ release into Indian wildlife as a momentous day. The big cats were transported by helicopter to Kuno National Park in Madhya Pradesh from Namibia’s capital, Windhoek.