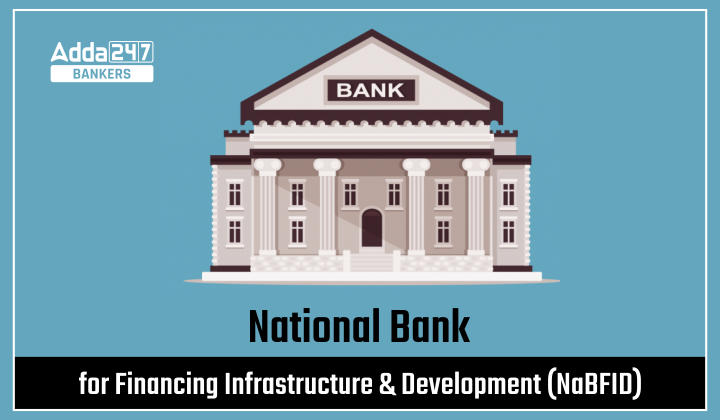 Recent in News: The Centre and the board of the National Bank for Financing Infrastructure and Development (NaBFID) has appointed Rajkiran Rai G as its managing director (MD).

Financial Services Institutions Bureau (FSIB)  recommended the name of Monika Kalia for the position of Deputy Managing Director (CFO) in the National Bank for Financing Infrastructure and Development (NABFID).

NaBFID shall be regulated and supervised as an All India Financial Institution (AIFI) by the Reserve Bank under Sections 45L and 45N of the Reserve Bank of India Act, 1934. It shall be the fifth AIFI after EXIM Bank, NABARD, NHB and SIDBI.

NaBFID will be set up as a corporate body with authorised share capital of one lakh crore rupees.  The shares of NaBFID may be held by:

(viii) any other institution prescribed by the central government.

Initially, the central government will own 100% shares of the institution which may subsequently be reduced up to 26%.

What are the functions of NaBFID?

What are the source of funds?

What is the structure and management of NaBFID?

(i) the Chairperson appointed by the central government in consultation with RBI, present Chairperson KV Kamnath

(iii) up to three Deputy Managing Directors among others.

Support from the Central Government:

Who is Rajkiran Rai G?

Rajkiran Rai G, a former managing director of the Union Bank of India, has been recommended by the Financial Services Institutions Bureau to lead the newly established NaBFID.