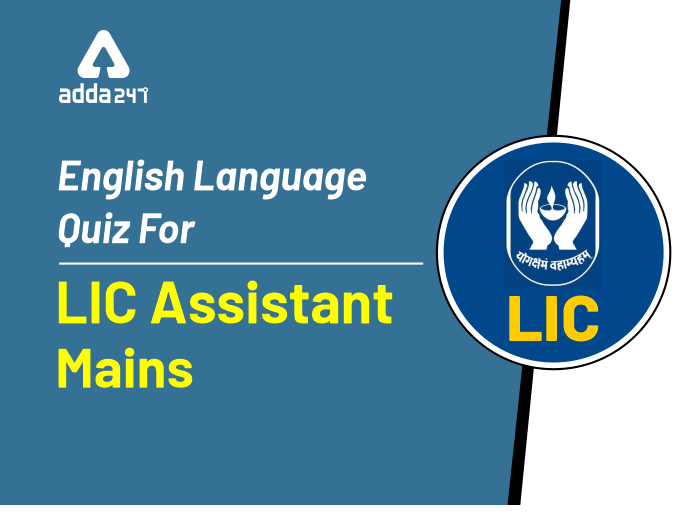 LIC Assistant Prelims 2019 result is out and LIC Assistant Mains examination date will be announced soon. The Prelims exam was conducted on the 30th and 31st of October 2019. Those who have made it should boost their preparation and put some extra effort to clear mains. Those who couldn’t qualify the Prelims stage, should look for the loopholes and try to fill them with doubled hard work. The English Language is a subject that you can master with lots of practice. Here, Adda 247 is providing English Quiz for LIC Mains 2019 that will help you to boost your score in the examination.

You have already completed the quiz before. Hence you can not start it again.

You have to finish following quiz, to start this quiz: