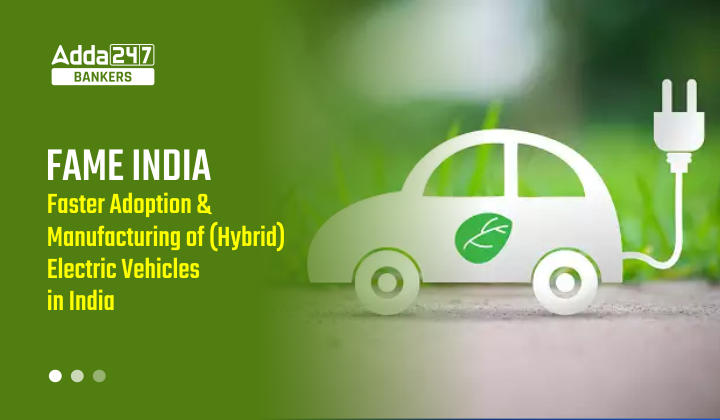 To reduce pollution caused by diesel and petrol-operated vehicles and to promote manufacturing of electric and hybrid vehicles, Central Government launched the Faster Adoption and Manufacturing of (Hybrid &) Electric Vehicles in India (FAME India) Scheme in 2015. It is under Ministry of Heavy Industries.