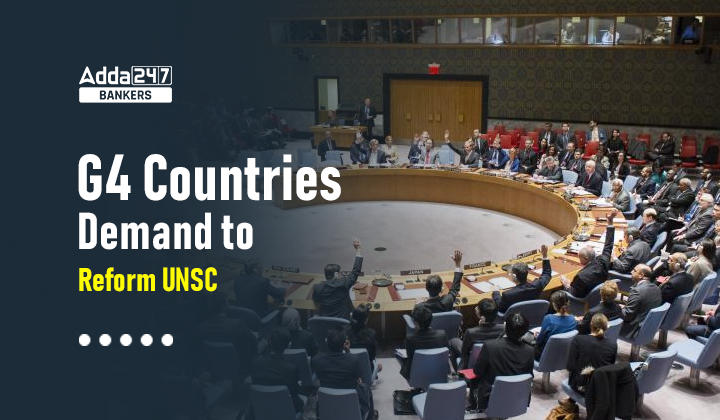 G4 Countries Demand to Reform UNSC: Since there have been discussions about UNSC reforms for more than 20 years, nothing has actually changed. Nothing significant has yet occurred in response to demands made by other big countries, such as the G4’s pledge that the UNSC will be expanded.