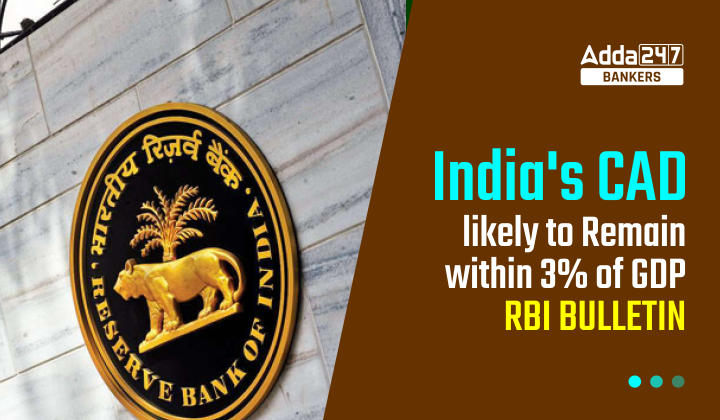 India’s CAD likely to remain within 3% of GDP: Key Points

India’s CAD likely to remain within 3% of GDP: RBI bulletin in Hindi