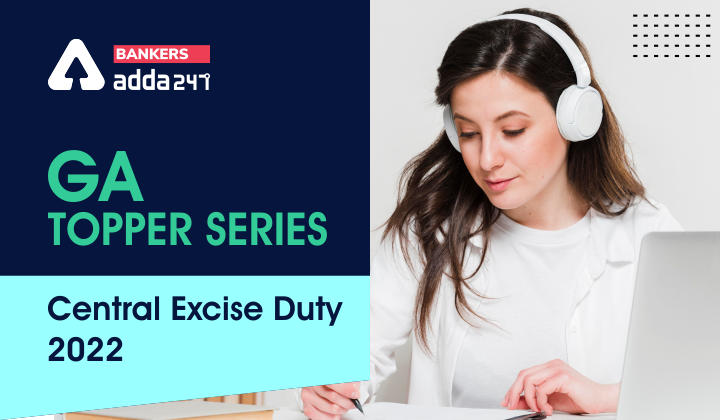 GA Topper Series: Central Excise Duty 2022- The government announced a series of measures including a reduction in excise duty on petrol by Rs 8 per litre and on diesel by Rs 6 per litre along with a reduction in customs duty for raw materials of plastics and steel and an increase in export duty on iron ore and steel intermediates.

A subsidy of Rs 200 per gas cylinder to the beneficiaries of Pradhan Mantri Ujjwala Yojana has also been announced.

As the retail inflation is at 8 year high, with CPI at 7.79%. to control the inflation this move is taken by the government.

What are the effects of this move?

The fuel bill of the public will reduce. Thus benefiting the public to deal with the inflation

Effective Sunday’s duty cuts on auto fuels have brought Central taxes on petrol and diesel to pre-pandemic levels. The move, analysts said, could help reduce inflation by up to 20 basis points from June on.

The effect on government revenue is about 1 lakh crore for this reduced excise duty.

What is central excise duty?

Central excise duty is an indirect tax, i.e. each person, rich or poor, is liable to pay tax indirectly on the purchase of goods which have already been charged to duty. This tax is administered under the authority of Entry 84 of Union List of the Seventh Schedule read with Article 226 of the Constitution of India.

The target under the scheme was to release Crore LPG Connections to the deprived households by march 2020 which was achieved in 2019.

Under the union budget for FY 21-22, provision for the release of an additional 1 crore LPG connections under the PMUY scheme has been made. In this phase, a particular facility has been given to migrant families.