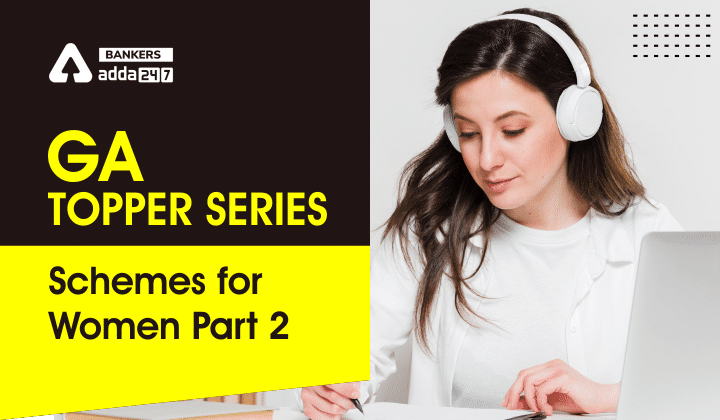 Moving forward with journey of women. Women needs to have proper education. To encourage women in education there are the following schemes:

It was launched in January 2015 with the aim to address sex selective abortion and the declining child sex ratio which was at 918 girls for every 1,000 boys in 2011.Ensuring education and participation of the girl child.

The programme is being implemented across 405 districts in the country.

Kanya Shiksha Pravesh Utsav : It is the Special campaign launched on 7th March, 2022 to re-enroll out of school adolescent girls (OoS AG) in the age group of 11-14 years.

To protect women from violence and in difficult circumstances. There are schemes like

Women Helpline (WHL) Scheme: Women can dial 181 short code to avail services from Women Helpline. It provides 24 hours emergency and non-emergency response to women affected by violence, both in public and private spaces by linking them with appropriate authority such as Police, One Stop Centre, Hospital, Legal Services, etc. WHL also supports women in distress with rescue van and counselling services in addition to providing information about women welfare schemes and programs across the country.

SwadharGreh Scheme: It was launched in 2001. The Scheme caters to primary needs of women in difficult circumstances – women and girls rendered homeless due to family discord, crime, violence, mental stress, social ostracism or are being forced into prostitution and are in moral danger. The scheme through the provisions of shelter, food, clothing, counselling, training, clinical and legal aid aims to rehabilitate such women in difficult circumstance economically and emotionally. Under SwadharGreh Scheme vocational and skill upgradation training is provided for economic rehabilitation of women.

One Stop Centres (OSCs), popularly known as SakhiCentres, aim to facilitate women affected by violence (including domestic violence) with a range of integrated services under one roof such as Police facilitation, medical aid, legal aid and legal counselling, psycho-social counselling, temporary shelter, etc.

With an age of marriage, women face the danger of dowry. There is an act called Prohibition of Dowry Act 1961 and supporting IPC sections.

To empower women financially and encourage their entrepreneurial skills. These are the schemes

Hub for Empowerment of Women (HEW): For increasing awareness about schemes of the Ministry and other measures undertaken by the Government for welfare and development of women, National, State and District Level Hubs for Empowerment of Women (HEW) have been approved under the new Mission Shakti, with the aim to facilitate inter-sectoral convergence of schemes and programs meant for women at different levels with the mandate to create an environment in which women realize their full potential. The support under the HEW component is available for guiding, linking and hand holding women to various institutional and schematic set-up for their empowerment and development including equal access to healthcare, quality education, career and vocational counselling/training, financial inclusion, entrepreneurship, backward and forward linkages, health and safety for workers, social security and digital literacy at various levels across the country.

Government of India launched the Stand Up India scheme on 5th April 2016 to promote entrepreneurship amongst women, SC and ST categories, i.e., those sections of the population understood to be facing significant hurdles due to lack of advice/ mentorship as well as inadequate and delayed credit. The Scheme facilitates bank loans between Rs. 10 lakh to Rs. 1 crore to at least one scheduled Caste/ Scheduled Tribe borrower and at least one woman borrower per bank branch of Scheduled Commercial Banks for setting up Greenfield enterprises in trading, manufacturing and services sector.

The Mahatma Gandhi National Rural Employment Guarantee Act, 2005 (MGNREGA) seeks to ensure employment in rural households, mandating that at least one third of the jobs generated should be given to women

Pradhan Mantri Mudra Yojana (PMMVY) has been initiated by Government in 2015, inter alia, for facilitation self-employment. Under PMMVY, collateral free loans upto Rs. 10 lakh are extended to micro/small business enterprises and to individuals to enable them to setup or expand their business activities. Majority of the beneficiaries under this yojna are women.