Direction (6-10): Study the following information carefully and answer the questions given below:
Seven people P, Q, R, S, T, U and V live on separate floors of a 7-floor building but not necessarily in the same order. Ground floor is as 1st floor, just above floor is as 2nd floor and so on until the topmost floor as 7th floor. V does not live on an odd numbered floor. Two floors gap between S and V, who lives above of S. There is one floor gap between R and T. Q lives just above the floor in which U lives. More than three floors gap between R and U. R lives above of the U’s floor. The number of floors above the P’s floor is same as below to the U’s floor.

Q10. If all the persons are living in alphabetical order from top to bottom, then how many persons remain at the same position?
(a) Five
(b) One
(c) None
(d) Three
(e) Four 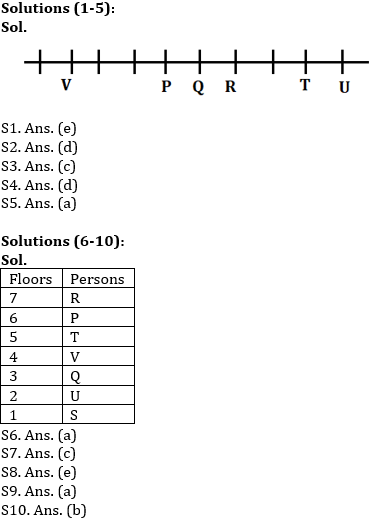 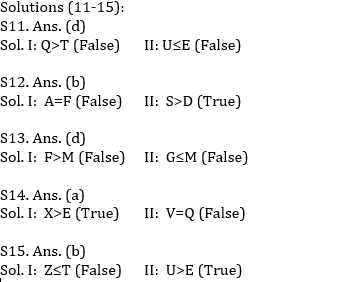