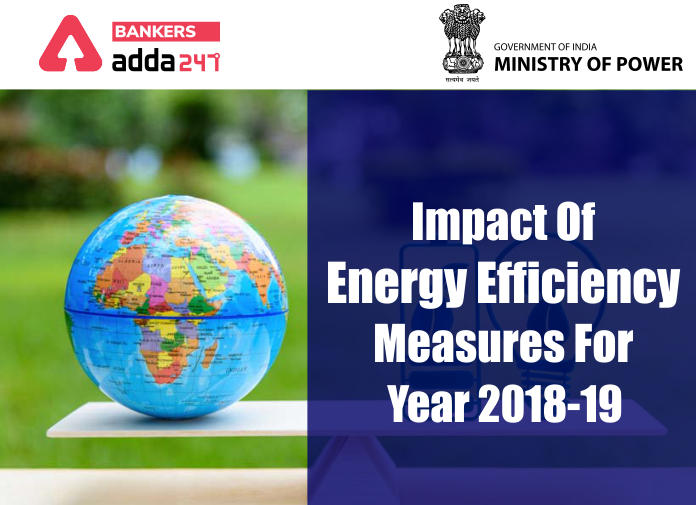 A report titled “Impact of energy efficiency measures for the year 2018-19” has been released by the Union Minister of State (IC), Power and New & Renewable Energy & Minister of State, Skill Development and Entrepreneurship, R.K.Singh. This report was prepared to assess the resultant annual savings in energy as well as CO2 emissions in India. The report shows that 20% reductions have been made in the energy intensity of India’s economy as compared to 2005 levels. This reduction was possible due to the implementation of various energy efficiency initiatives in India.

About the report “Impact of energy efficiency measures for the year 2018-19”:

The Bureau of Energy efficiency (BEE) engaged an expert agency PWC Ltd to prepare the report titled “Impact of energy efficiency measures for the year 2018-19”. PWC Ltd executed independent verification to analyse the results of annual savings in energy as well as CO2 emissions through various initiatives in India. Hence the report calculated the performance as well as the impact of all the key energy efficiency programmes implemented in India, for the FY 2018-19 and also compared it with a situation where the same were not implemented. In this report, PWC Ltd identified major programmes such as Perform, Achieve and Trade Scheme, Standards & Labelling Programme, UJALA Programme, Municipal Demand Side Management Programme, etc.

The various energy efficiency measures implemented by India in year 2018-19 has not only saved money for the whole country but it has positively impacted the environment of the nation. Hence, the initiatives introduced by Bureau of Energy Efficiency (BEE) in year 2018-19 were commendable as well as effective in bringing positive change in the country. Also in COP-21, India has aimed to bring down the energy intensity of economy by 33% to 35% as compared to 2005 levels by year 2030.