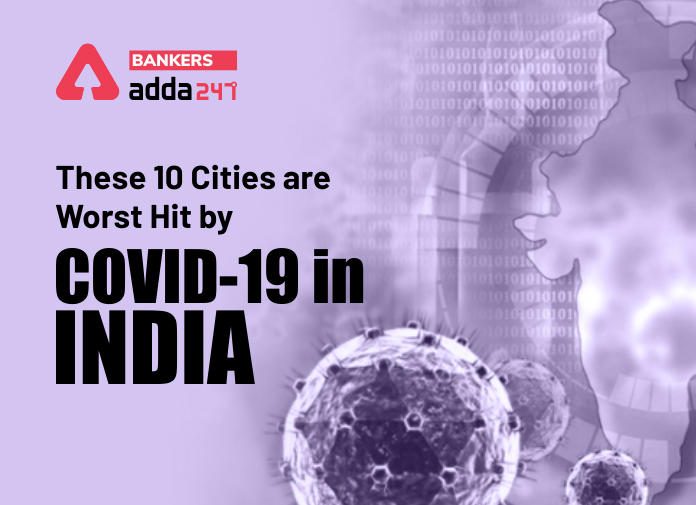 Countries across the world have applauded for how the Indian Government has taken quick steps to keep control of the COVID-19 cases in the country. But this is a fact that alone the Government cannot control the spread if the citizens are not responsible enough in following the set guidelines. These cities have have recorded 31,233 COVID-19 cases- Mumbai, Delhi, Ahmedabad, Pune, Chennai, Indore, Thane, Jaipur, Jodhpur and Kolkata which accounts to 59% of India’s total COVID-19 cases

On one hand, the country has seen states such as Goa, Manipur, Sikkim, and others that have gone corona-free now, on the other hand, there are such states that are coming up with new cases every day. In these states also, there are some specific cities that have gone devastated and are listed among the top 10 COVID-19 worst affected cities in India.

Mumbai, being one of the most important International connections to different countries, had the highest cases of infected people arriving in the country. As of now, there are more than 10,000 cases in the city among which more than 7000 cases are active and just about 1395 people have recovered. The number of people dead by the virus has also surpassed 400 now. The other people who are identified are home-quarantined.

After Maharashtra, Gujarat has become the second most affected state in India, Ahmadabad being the worst affected city. There are as many as 4,735 cases in the city among which just about 600 people have recovered if seen in a round figure. There are reports of 298 deaths in the city till now.

The capital city of the country is also in no good situation. With more than 5,532 cases. Also, the situation here is a bit stressed out because there is incomplete information that is coming up from the city.

Chennai is reported to have more than 2,328 COVID-19 cases, 4.4% of nationwide cases. as of now among which only 267 patients have recovered and 18 people have died.

It seems Indore in Madhya Pradesh is progressing towards getting in the topmost names of the worst affected cities in India. It has come up with more than 1,699 cases and the death toll of 83 in the city.

Not just Mumbai, there are also other cities of Maharashtra such as Pune that are ranking in the top worst affected cities in India. Not as much as Mumbai but the number of cases identified is going to touch now a benchmark of 1500 now. As of now, more than 850 cases are active while about 425 people have recovered. 113 people are reported to have died as of now due to the virus.

The third city from Maharashtra that is in the extreme condition is Thane. As of now, the city has reported more than 1,404 cases among which only 285 have recovered while 21 people are dead. There are still more than 830 positive cases active in the city.

Jaipur, Rajasthan has mentioned that it has come up with about 1,090 cases among which 541 are active right now and 446 have recovered. Though the recovery rate is quite high in this city but also there are 49 deaths that have been recorded by now.

After Delhi, it seems Kolkata is another city that is hiding facts and figures about coronavirus impacts. Though the recent reports have stated more than 1000 cases in West Bengal with more than 650 cases alone in Kolkata, there are rumours that the actual number can be much higher than this. By now there have been 87 deaths in the city while 109 people are said to have recovered.

Though the lockdown has been extended thrice by the Government of India, the number of cases is still increasing in different parts of the country. Though some of the states have actually controlled the situation, there are cities such as the above-mentioned that are still battling hard.