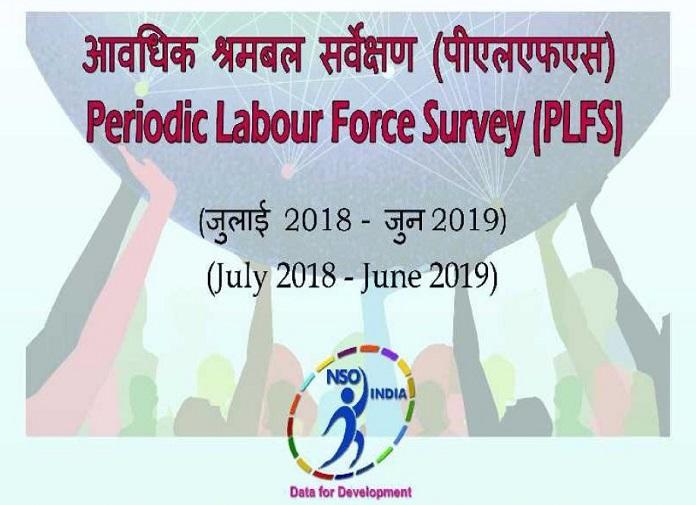 Periodic Labour Force Survey (July, 2018 – June 2019) has been released by the Ministry of Statistics and Programme Implementation, Government of India. It gives estimates of all important parameters of employment and unemployment, covering both urban as well as rural areas of the country. This is the second edition of the Periodic Labour Force Survey. First edition was released in May, 2019.

The “Periodic Labour Force Survey (July, 2018 – June 2019)” is based on the survey conducted by the National Statistical Office (NSO) from July 2018 to June 2019. The survey covered whole of the Indian Union except the villages in Andaman and Nicobar Islands as it was extremely difficult to access these areas throughout the year. The development of survey methodology and the document preparation was undertook by the Survey Design and Research Division (SDRD) of NSO, while the field work was carried out by the Field Operation Division (FOD).

The objective of PLFS is primarily twofold: