Directions (1-4): Read the data carefully and answer the following questions.
The following bar graph represents the market shares of some mobile manufacturers in China for two years. There are two types of phone- GSM and CDMA in the market. These manufacturers manufacture both types of phones. Others comprise all manufacturers whose market share is less than other four given. Bar graph shows the percentage distribution of GSM and CDMA mobile phones in 2016-2017 and in 2017-2018.
2016-2017: Total market= 25 lakh units; GSM: 70% of total market; CDMA: 30% of market

Q2. The percentage increase in market share (in percentage) in 2017-18, compared to the previous year, among the given manufacturers was the highest for?
(a) MI
(b) LG
(c) XX
(d) None of these
(e) NA

Directions (5-8): Bar graph shows the number of fans produced (in hundreds) by a manufacturer in the period of four months i.e. from January to April. 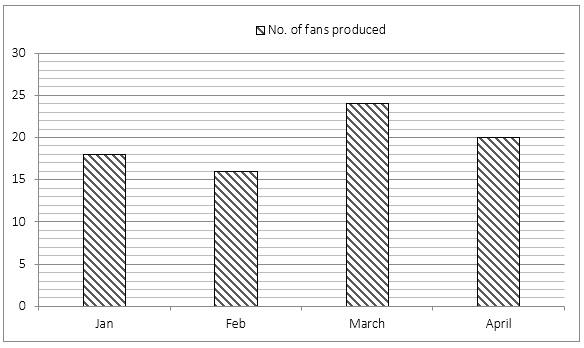 Shopkeeper has to decide whether to test or not all the units of fans before sending them to the customer. If he has decided to test he has two options.
(a) Option I
(b) Option II
Option I : – It cost Rs 2.50 per unit as testing cost but this method of testing allows 30% of defective fans to pass to the customer.
Option II : – It cost Rs 4 per unit as testing cost and it find 90% of defective units
→ All defective units identified at the customer end, will causes a penalty of Rs 60 per units. Which are to be paid by shopkeeper. Defective units found during testing are repaired at Rs 20 per unit. 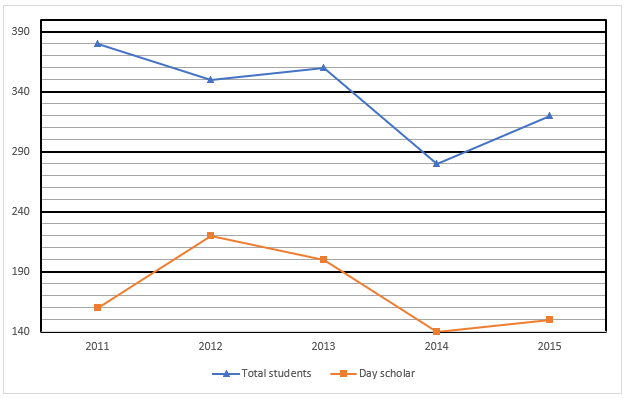 Directions (14-15): Given line chart shows the percentage of various categories (hatchback, sedan & SUV) of cars of 4 manufacturers pooled as taxi in Gurgaon city. Read the data carefully & answer the questions. 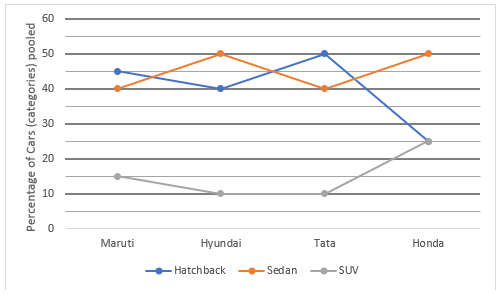 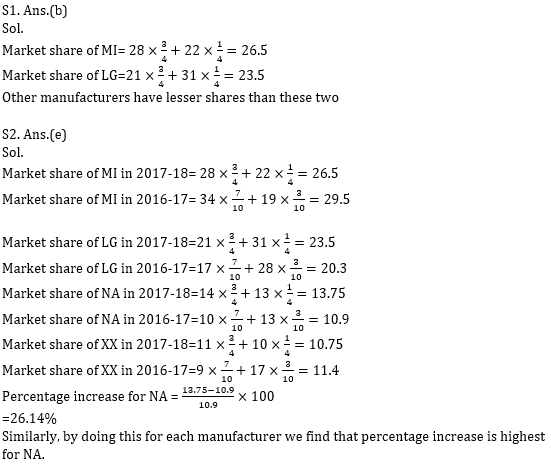 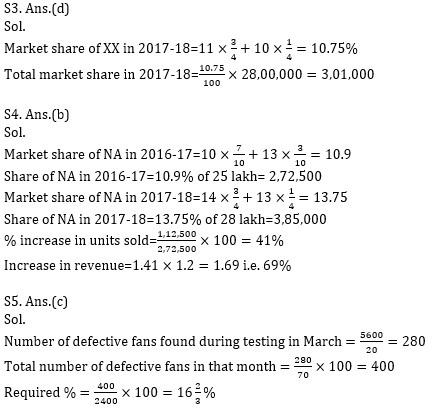 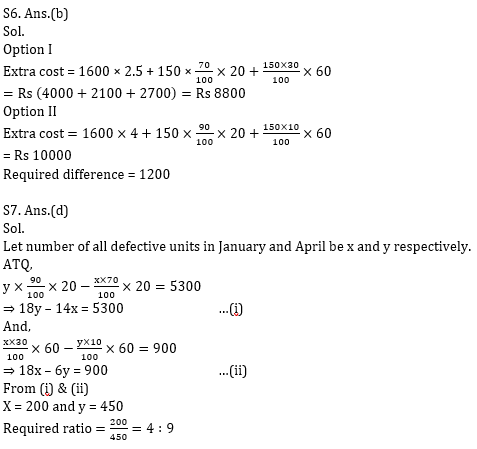 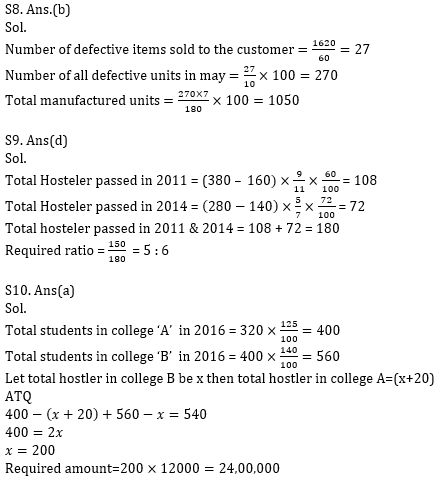 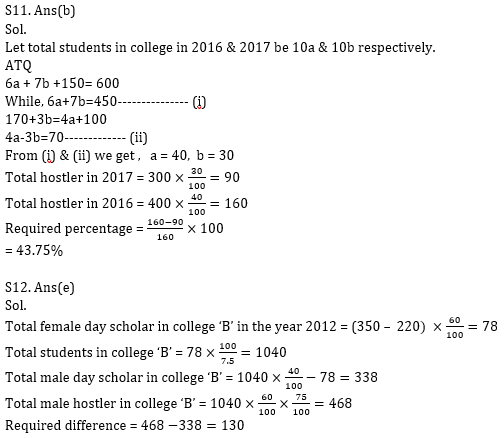 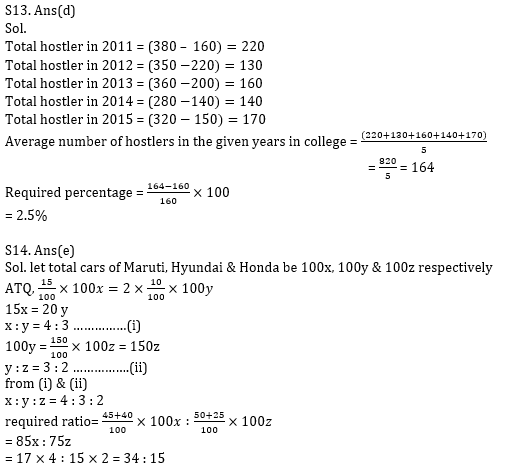