Directions (1-5): Table given below gives information about percentage of quantity of milk sold by Vikash to different persons i.e. (P, Q, R, S and T). Vikash has 1000 lit of pure milk out of which 60% are sold to these persons. Each person then adds some quantity of water to it and again replaces an amount of mixture with the equal amount of water. Some data is missing. Students are supposed to calculate the data and answer the questions that follows. 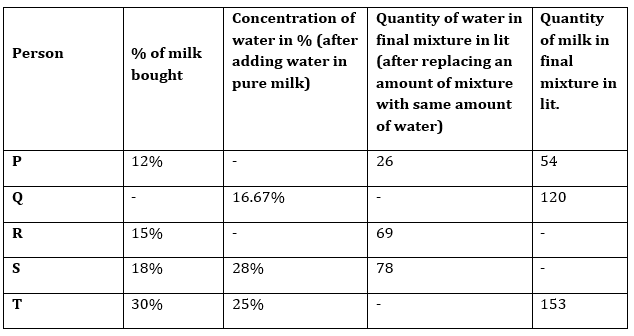 Directions (6-11): Given bar graph shows cost price and marked price of five different articles in a store. Read the graph carefully and answer the following questions. 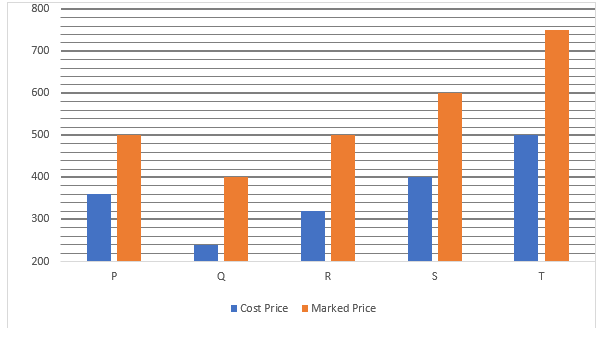 Directions (12-15): Given table shows the rate of interest per annum (in percent) offered by five different banks in three different schemes. Read the given information carefully and answer the following questions. 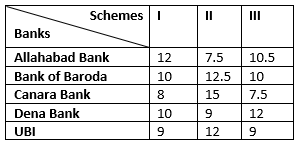 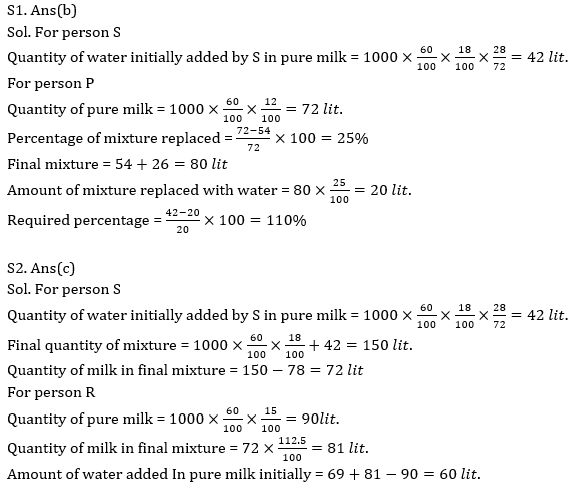 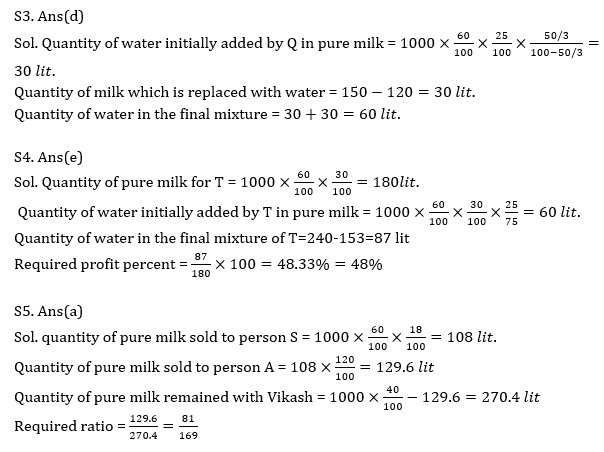 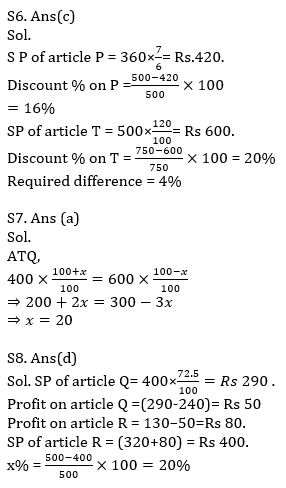 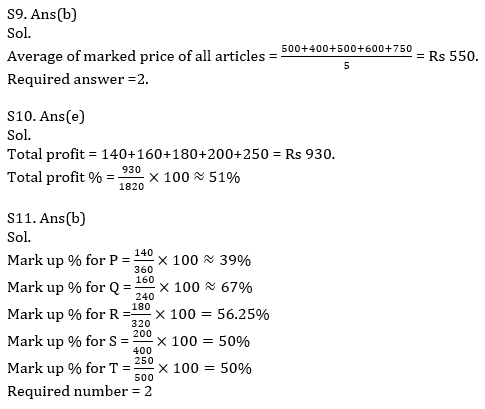 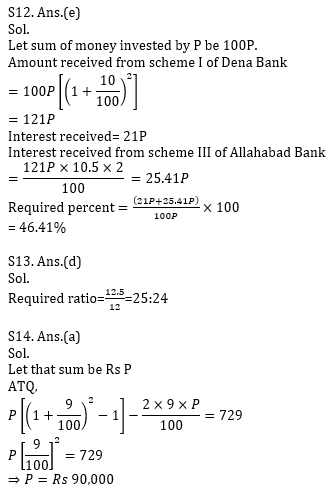