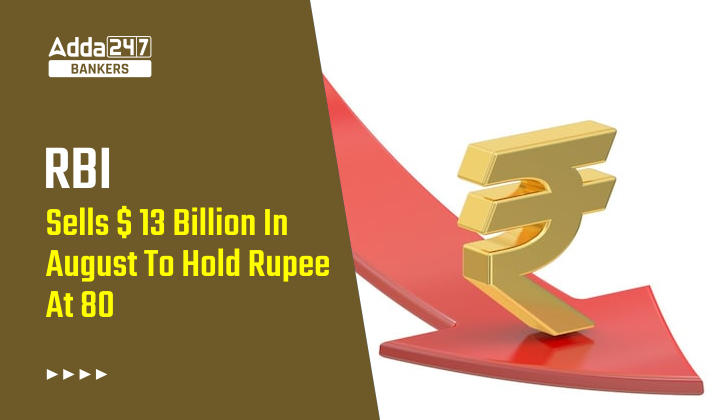 RBI sells $13 billion in August to hold the rupee at 80: According to estimates, the Reserve Bank of India sold over $13 billion on the spot market in August to prevent the rupee from depreciating much further against the US dollar. The bank cited the reduction in the nation’s foreign exchange reserves as its justification but this depletion of forex reserves can be restored when India is incorporated into the global bond index. India needs a stable currency rate if it wants to be a top choice for foreign investment. Additionally, as a nation now aims for stronger economic growth, rising oil prices and a declining currency only lead to inflation fears in that nation.

RBI sells $13 billion to prevent the rupee from depreciating

Why rupee is falling against the US dollar?

Why depreciation of the rupee should be avoided?