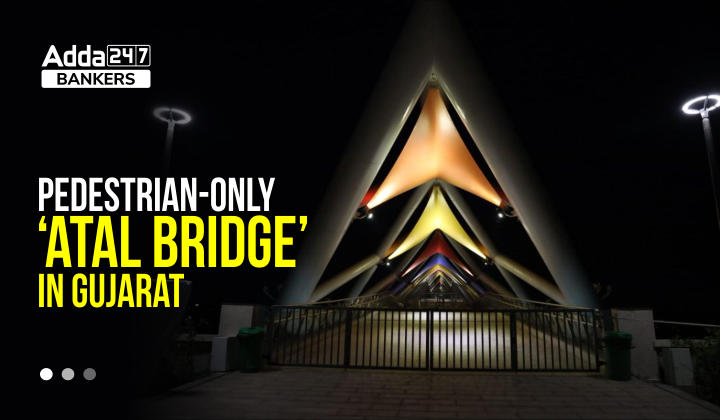 PM Modi to inaugurate pedestrian-only ‘Atal Bridge’ in Gujarat: Prime Minister Narendra Modi is set to inaugurate the pedestrian “Atal Bridge” on the Sabarmati River in Ahmedabad, Gujarat. The Honorable PM of India is on a two-day visit to the state of Gujarat. On the first day of the visit, Narendra Modi will inaugurate the pedestrian-only Atal Bridge. The Bridge is named after the former Prime Minister of India Atal Bihari Vajpayee. Atal Bridge will provide connectivity to Multi Level Car Parking and various public development on the East and West Bank from the plaza between Flower Park and Event Ground on West Bank to the proposed Art /Cultural / Exhibition Centre on East Bank. The article below discusses the inauguration of the pedestrian-only ‘Atal Bridge’ in Gujarat.

Inauguration of Atal Bridge in Gujarat by PM Modi

Narendra Modi on the first day of his visit will address a crowd at the ‘Khadi Utsav’ programme to be held on Sabarmati Riverfront. The Khadi Utsav Event is to honor Khadi and highlight its importance during the freedom struggle. 7500 Khadi artisans from Gujarat will spin charkhas during the Khadi Utsav Programme. He will inaugurate pedestrian only Atal Bridge, a foot over bridge from the event.
The features of Atal Bridge are listed below: