Directions (1-5): Study the following information carefully to answer the given question.
Eight students H, J, M, P, S, W, X and Z sitting in a row in such a way that some of them are facing north and some of them facing south but not necessarily in the same order. They all have different number of pencils with them. S sits fourth to the right of H and both faces opposite direction and one of them sits at the end of the row. Z has odd number of pencil which is a perfect square less than 85 and more than 27. H has 3 less pencil than W. M has 5 pencil less than X. Only two students sit between Z and the one who has 20 less pencil than Z. There are only two students sits between the one who has 11 pencil more than H and M. M does not have 49 pencil. S does not sit at the end of the row. Z sits on immediate right of S. The immediate neighbour Z faces opposite direction (i.e. if one faces south then other face in the north and vice versa). The one who has 49 pencil sits second to the left of Z. W sits second to the left of S and has 64 pencil with him. P faces opposite direction of J. Those who sits at the end of the row faces opposite direction. M sits second to the right of X and both faces same direction. P is not the immediate neighbour Z and does not face north direction. S has 10 less pencil than H. X has 41 pencil with him. W does not face same direction as M.

Q10. Statement-Raising a stink: The waste bomb is ticking for India
(I)With enormous amount of trash generated annually, landfills are fast running out of space; and there will be no space on land for more dump sites.
(II)The economy promotes production. The plastic trader still wants to produce more. To counter this, we need strong material recovery mechanisms.
(III)Not too long ago, recycling was a way of Indian life. Rapid urbanisation and rising incomes triggered wasteful consumption.
Which of the following can be the repercussion of the following statement?
(a) Only (III)
(b) Only (II)
(c) Only (I)
(d) All (I),(II) and (III)
(e) None of these

Q11. Statement-Surrender and join mainstream for safe future, security agencies tell militants
(I) Boosted by the success against the rank and file of militants in recent times, security forces have jointly appealed to the insurgents and their over ground workers to surrender and join the mainstream.
(II) The Army Major speaks about the stunning mission in a new book being brought out on the first anniversary of surgical strikes in Pakistan occupied Kashmir.
(III)Security forces supposed to rehabilitate and help a militant join the mainstream if he is arrested or surrenders provided, he is not involved in any heinous crime.
Which of the following is not-in-line with the above statement?
(a) Only (III)
(b) Only (II)
(c) Only (I)
(d) Both (I) and (III)
(e) None of these

Q15. Six persons i.e. A, B, C, D, E and F who sits in a row such that all are facing towards north. Who among the following sits at the right end at the row?
I. A sits second to the right of B. Both A and B does not sit at the end of the row. Only one person sits between E and D.
II. C and F are the immediate neighbour of each other. More than two persons sits between C and A. E is not the immediate neighbour of B. 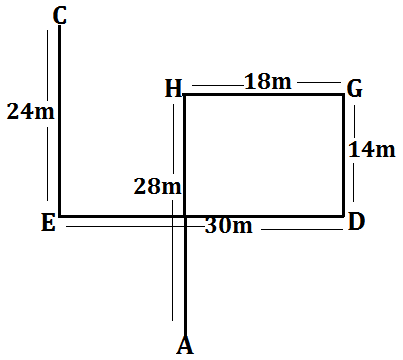 S10.Ans.(c)
Sol. In the above statement we have to find the possible outcome of the following statement.
For I-This can be the repercussion of the given statement because the large amount of waste is generated annually and there is no proper mechanism for its dumping so soon there will be no space on land for trash.
For II-This statement is basically providing a suggestion for the problem of waste management.
For III-This statement is giving an idea about the way this problem was handled by the people before. 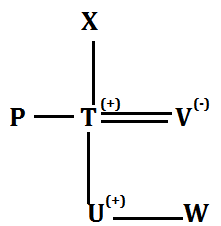 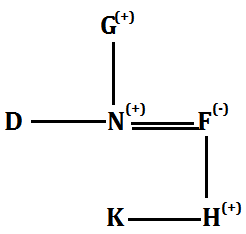