Q15. How many such pairs of letters are there in the word ARRANGEMENT each of which has as many letters between them as in the English alphabet?
(a) One
(b) Four
(c) Two
(d) Three
(e) More than four 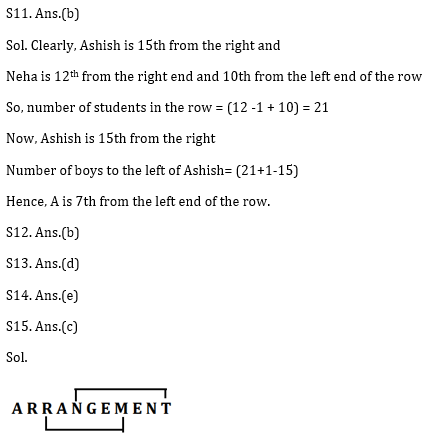