Q3. Which of the following is not true regarding F?
(a) F and G faces same direction.
(b) F faces the one who likes Sunflower.
(c) F sits second to the left of the who likes Orchid.
(d) D and F are immediate neighbours.
(e) All are correct

Q6. Statement: A slump in home sales has pushed builders’ inventory to “unsustainable levels” in the National Capital Region of Delhi, creating conditions for a real price correction that developers have so far avoided.
Which of the following statements is definitely true on the basis of the given statement?
(a) Demand for houses is quite low in most of the big cities.
(b) The high inventory level will hamper the ability of launching new projects by the builders.
(c) Builders in the market who have shown a good track record of delivering on time and on their promises have been able to garner sales even in this slow market.
(d) Unless this unsold stock gets absorbed, it will be difficult for consumer confidence to come back in this market.
(e) High prices have pushed most of the on-sale apartments beyond the reach of average home buyers.

Q7. Statement: According to the manpower Employment Outlook Survey, globally, Indian employers are the most upbeat on hiring plans in the fourth quarter ending December 2015.
Which of the following can be an assumption in the given information? (An assumption is something that is supposed or taken for granted)
(A) Decline in the profit margins of the company
(B) Establishment of more branches by the MNCs in India
(C) Maintenance of positive growth rate by the MNCs in India.
(D) Increase in the growth of service sector in June 2015.
(a) Only A and C
(b) Only B and D
(c) Only A and B
(d) Only C and D
(e) Only B and C

Q8. Statement: Persistent weakness in global demand and the lower value of oil products led India’s merchandise exports to fall for the sixth straight month in May, while a decline in gold imports helped the trade deficit narrow to a three-month low.
Which of the following inference drawn is probably false according to the above statement?
(a) There will be softening of oil products in the global market.
(b) Rupee will appreciate against the dollar.
(c) There will be an increase in the collection of indirect taxes in the month of April and May.
(d) There will be an increase in the domestic demand of gold and jewellery.
(e) Only (b) and (d) 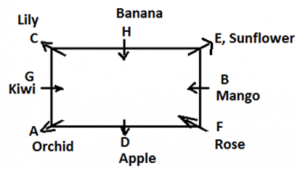 S6.Ans.(e)
Sol.
a) does not follow because the NCR phenomenon can’t be extrapolated to “most of the big cities”. b) and d) are probable consequences. c) shows us the other side. e) follows from the mention of “slump in home sales” and scope for “price correction”.

S7.Ans.(e)
Sol. Decline in profit will lead to closure of the company, so option a) is not valid. Establishment of new branches by the MNCs will lead to upsurge in the hiring activities. At the same time, maintenance of positive growth rate by the Indian MNC companies will help them expand their business. So only B) and C) follow.

S8.Ans.(d);
Sol.Note that there has been a decline in gold imports.

S9. Ans.(a);
Sol.The main reason for the depletion in the reservoirs is less rainfall in the country. So only option a) follows. 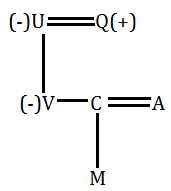 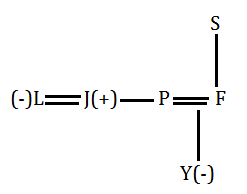 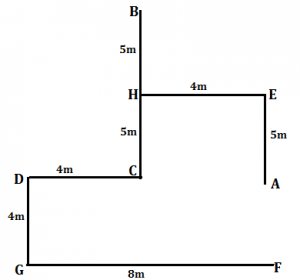