Directions (3-5): Study the information carefully and answer the questions given below.
Seven persons A, B, C, D, E, F and G are sitting in a circular table Some of them facing towards center and some of them facing away from center but not necessary in same order.
D sits third to the right of B. E sits immediate left of D. Two persons sit between B and G. A is immediate neighbor of C. A sits third to the right of F. Immediate neighbor of G face opposite direction to each other. G face towards the center. Neither G nor C face same direction as D. Not more than four person face towards center. 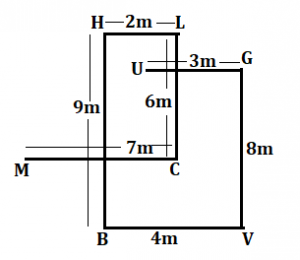 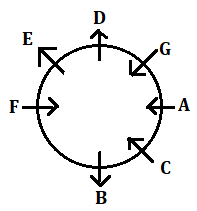 S10.Ans(e)
Sol. That person is husband of that girl