Directions (14-15): Study the given information carefully and answer the questions that follows:
A person starts walking from point X, 8m towards east direction. Then he turns his right and walk 5m and reach point Y. From point Y he takes a right turn and walk 4m and then turn his left and walk 7m and reach point Z.
Q14. What is the direction of point X with respect to point Y?
(a) East
(b) North-West
(c) North-East
(d) West
(e) North 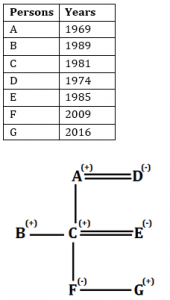 Solution (6-7):
S6.Ans.(d)
Sol. Neither of the arguments is strong. Argument II lacks substantial facts while argument I does not make any strong point.
S7.Ans.(b)
Sol. It is not given in the statement that to reserve quota for socially backward classes should be considered in government rules, so we can’t assume this from argument I. Only II argument is strong argument. 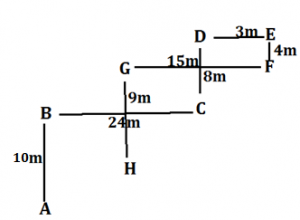 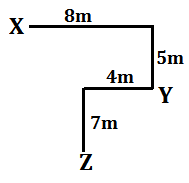