Directions (1-5): Study the following information carefully to answer the given questions:
Seven persons M, N, O, P, Q, R, and S live on seven different floors of a building, first floor is numbered as 1 and topmost floor is numbered as 7. They have different shapes of Boxes i.e. Heart, Cuboid, Conical, Cylindrical, Spherical, Oval, and Pyramid (not necessarily in same order). They also like different colours i.e. brown, pink, peach, yellow, green, black, and red (not necessarily in same order).
N, who likes black colour, does not live on odd floor. S does not live on the first floor and doesn’t like red and pink colour. The one who likes yellow colour lives on even numbered floor. The one who lives on 1st floor has Conical shaped box and the one who has Spherical shaped box lives on an odd numbered floor. The one who lives just above N’s floor likes green colour. Two persons live between Q’s floor and M’s floor. R, who has Oval shaped box lives on the floor which is immediately above M, who does not live on an odd-numbered floor. R doesn’t like pink colour. P lives neither on the first floor nor on the fourth floor. The one who lives just below R’s floor has Heart shaped box and the one who has Cuboid shaped box lives below P’s floor. Three persons live between S, who has Pyramid shaped box and R. The one who has heart shaped box likes peach colour.

Q15. Building U is in which direction with respect to building Q?
(a) North-west
(b) North-east
(c) South
(d) None-of-these
(e) North 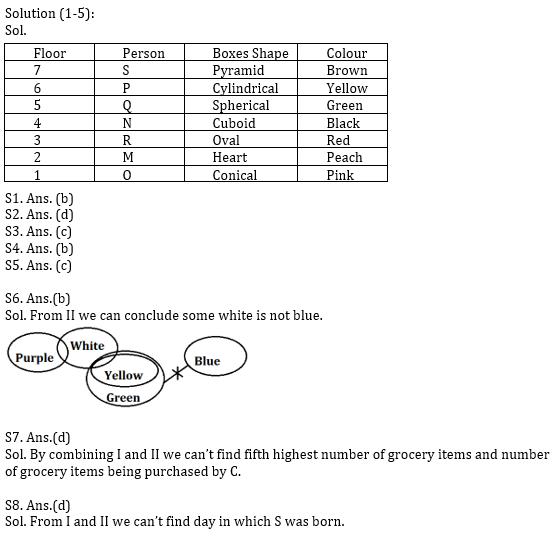 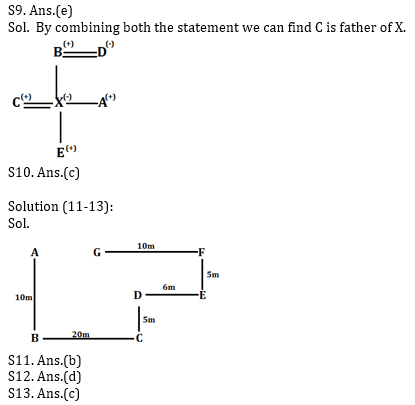 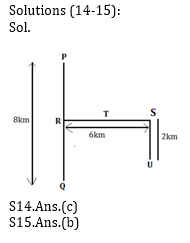