Q3. What is the position of O with respect to L?
(a) Immediate left
(b) Third to left
(c) Third to right
(d) Fourth to left
(e) None of these

Q5. Four of the given five are alike in a certain way based on the given arrangement and hence form a group. Who among the following does not belong to that group?
(a) N
(b) O
(c) L
(d) B
(e)C

Q8. How many boxes are placed between Blue colour box and Purple colour box?
(a) Four
(b) One
(c) Two
(d) Three
(e) None

Q9. Which of the following box is placed just above white colour box?
(a) F
(b) Pink colour box
(c) A
(d) Yellow colour box
(e) None of these

Direction (11-13): Study the following information carefully and answer the questions given below:
There are eight persons in a family, in which two married couples. There are three generations and only three females in this family. A is grandfather of G who is nephew of H. C is brother-in-law of E who is unmarried. F is father of D. B is mother of H who is sister-in-law of D. H is unmarried. A has only one daughter.

Directions (14-15): Study the information and answer the given questions:
There are seven family members namely A, B, C, D, E, F and G. A has 2 children F and E, who is married to D. D is father of G. B is mother of F. C is brother in law of B. 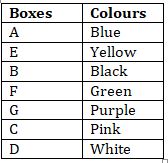 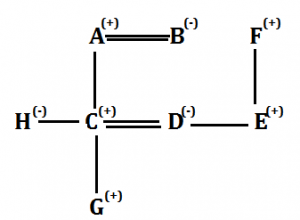 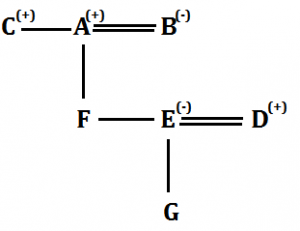