Directions (1-5): Study the following information carefully and answer the question given below:
Eight persons – A, B, C, D, E, F, G and P are sitting in a row at equidistant. Some of them are facing north while others are facing south.
E sits 2nd from one of the end. A sits third to the left of E. No one sits to the right of F. B is not the immediate neighbor of A and E and faces north. Two persons sit between P and B. G sits second to the right of D. G doesn’t sit at any extreme end. D faces north and is not immediate neighbor of B. immediate neighbor of C faces same direction. G, P and C faces same direction but opposite of A.

Q4. Four of the following five are alike in a certain way based on the above arrangement and hence form a group. Which of the following does not belong to that group?
(a) G
(b) E
(c) P
(d) C
(e) D 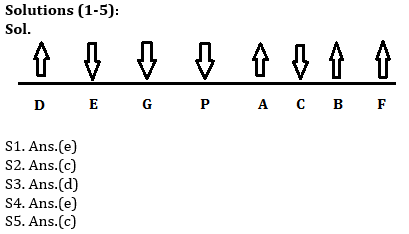 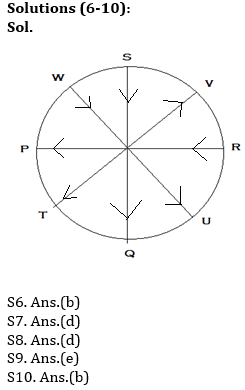