Directions (1-5): Study the following information carefully and answer the questions given below:
A group of seven persons are sitting in a row facing south. There are three females in the group. Only males sit at the extreme ends of the row. All females sit adjacent to each other. Persons live in three different cities of the country at least two in each city. There are three persons between P and S. K is the immediate left of U and is on the immediate right of S. P is the immediate neighbour of R and N. There is only one person between P and U. S lives in Kanpur with only one person who is not a female. There are two persons between N and S. R lives in Delhi only with the person who is at extreme end. W is at the left end of the row. No female is neighbour of R and W. The one who is in the middle of the row has neighbours who live in Mumbai.

Directions (6-10): Study the following information carefully and answer the questions given below:
In a certain code language
‘study book room rent’ is coded as ‘dy bk rm rt’
‘room rent is high’ is coded as ‘rm rt si gh’
‘pay rent is more ’ is coded as ‘yp rt si me’
‘more study work hard’ is coded as ‘me dy wk hd’

Q14. Statements:
Only a few jasmine are lotus.
Only lotus are tulip.
Only a few lotus is daisy.
Conclusions:
I. All daisy is jasmine.
II. Some daisy are not jasmine.
(a) None follows
(b) Only I follows
(c) Only II follows
(d) Either I or II follow
(e) None of these

Q15. Statements:
No river are ocean.
All ocean is sea.
No sea is jungle.
Conclusions:
I. Some sea is river.
II. All jungle are ocean.
(a) Both I and II follow
(b) None follows
(c) Either I or II follow
(d) Only II follow
(e) Only I follows 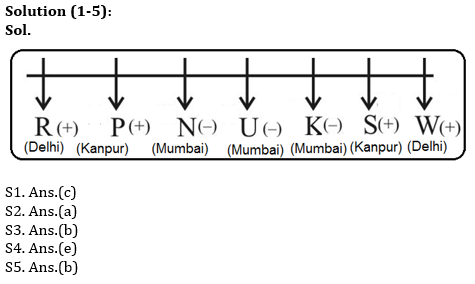 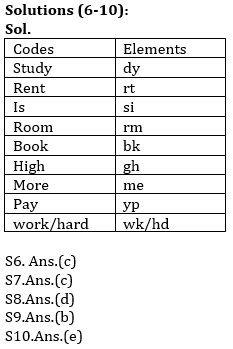 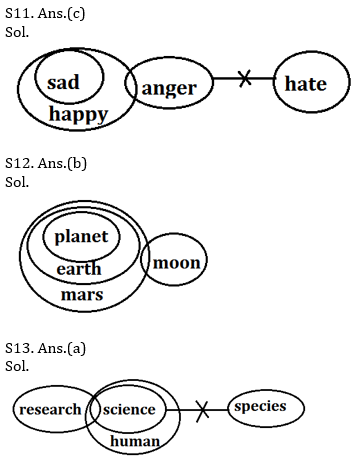 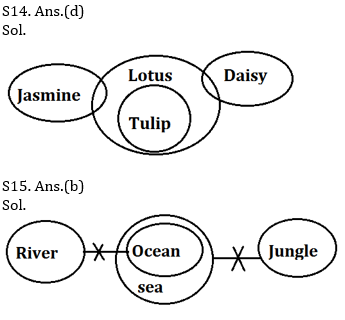